Creativity and Learning to Embrace Failure

The older I become and the more I grow into the person I really am, the more I come to understand what a crucial role creativity plays in my life. I have had numerous creative hobbies since childhood and though I’m unable to ask my parents about it now, I sense that they recognized a creative inclination within me. They put me in various art and creative camps and classes from a young age. As I moved through young adulthood, I discovered my love of cooking, baking, and photography. Later still, I took a knitting class on a whim and found I adored the craft. Soon after, I taught myself to sew with the most basic of projects and online tutorials, and this has ultimately resulted in a life changing shift in both my creative and consumer practices.

Now I find myself generally very happy with my career in medicine, as well as deeply tied to and fulfilled by my many creative hobbies. As I have shared about my hobbies here in these pages and as I engage in real life discussions with people I encounter on the day to day, I repeatedly receive the same handful of responses from so many others, mostly women:
“I would love to know how to ___, but I don’t think I would be any good at it.”
“I really want to learn to ___, but I’m afraid to try.”
“I tried ___ once but I wasn’t good at it. I’m just not a natural.”
I used to receive such comments and emails constantly back when this was a blog only about food, and I was always baffled by it. Of course I totally relate to the frustration when you attempt a recipe and it turns out dreadfully, whether due to a fault of your own or of the recipe itself – it just plain sucks when that happens. But to let potential failure stop you from trying a thing altogether was so puzzling. 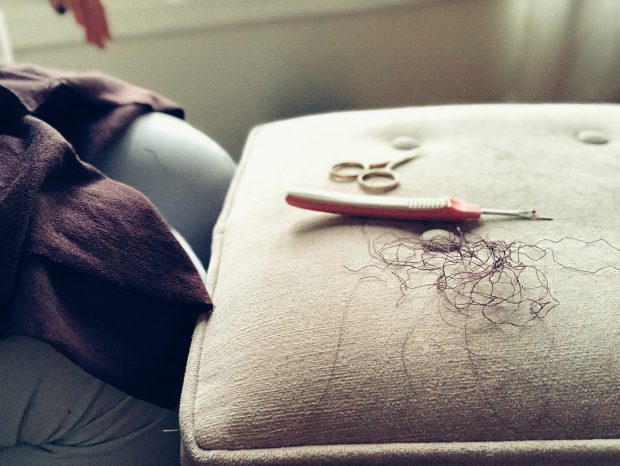 In our current day and age, I think social media plays an increasingly more important role in this dynamic. Social media is, by and large, a compilation of other people’s successes. All of the failures large and small along the pathway to that final edited “success” image are filtered out. This can make personal failures feel so much more, well, personal in the moment because it appears that they are happening only to you while you compare them to everyone else’s highlight reel. Even this blog is an extension of that. All of the hard work, tweaking, testing, and yes, failure that goes into each post isn’t shown – just the end result. This is part of why I love the anecdote “Look to others for inspiration but not comparison.” It’s also important to remember that everyone was once a beginner and all skill sets are gained as a progression. As the lovely ladies on the Love to Sew Podcast have stated numerous times, “Don’t compare your beginning to somebody else’s middle.”

I don’t mean to sound holier than thou or like I have it all figured out, because neither are true, but I do think a unique set of circumstances has helped me embrace failures as one of the most important parts of the creative process. First, there was my mom signing me up for all manner of camps, classes, and activities in various mediums. I didn’t know if I would be good at any of them and at that age, I didn’t really care, but constantly being introduced to new creative endeavors made the whole trying thing feel so much less daunting. Just try it out, play around, see what happens – no big deal. Combine this with a dad who raised me with a heavy dose of “Who cares what anyone else thinks?”, and it absolutely was a recipe for me to explore any pursuit that I found intriguing.

The first and most important question I have for those who are afraid to try any creative field is: What’s the worst that could happen? What if you try out that recipe and it’s a huge flop? What if you try knitting and you constantly drop stitches and make something resembling Swiss cheese? Your pride is hurt temporarily, yes, but keeping things in perspective, it doesn’t need to be a big deal. You order takeout. You unravel and reuse the yarn. You try again.

Yes, it can feel deeply painful to have wasted those ingredients, invested so much time, or, ouch, even that nice fabric on a project that didn’t turn out well. Yes, my kitchen and sewing space frequently have enormous black clouds of curse words hanging over them that might keep me away for a few days. But the other little thing about me is that I’m super competitive with myself. While I pay minimal attention to how I compare to others, I am pretty sure I won’t let myself be bested by whatever I was trying to accomplish. Additionally, focusing only on the end product as a measure of success is unhelpful. What about all of the enjoyment, relaxation, or meditative time you may have experienced during the process leading up to where it went off the rails? Those moments are still relevant and they served a purpose.

I may take some time before I try making that dish again, or give myself a few days before I return to a sewing project where I made a painful mistake, but the more I screw up, the more I realize that these mistakes are actually SO helpful. With a bit of distance and less internal rage, I’m able to objectively consider where the recipe went wrong or a better approach to avoid that same sewing mistake next time. 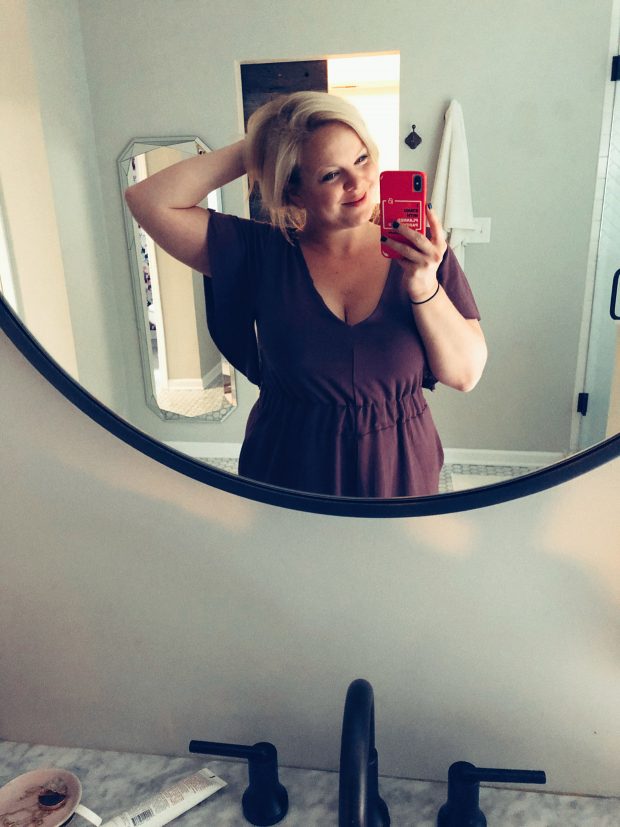 It isn’t the most pleasant thing to learn to embrace failures because in the moment when they happen, they feel so crappy. Believe me, I get it. I have been described by those around me to have “BIG FEELINGS” and when I get mad, I’m really mad. But now it seems that learning how to process when I mistakes has become a practice in and of itself. Of course I still get mad when I mess up, but now I realize more quickly to put the project down, go play with the kids, take a walk, or do anything else that will shift my mind away from the bad feeling. When I am calm enough to return to the project whether it is that same day or months later, I generally find that I learn an enormous amount from my failures. I take notes, either actual physical notes or simply mental ones, and I refine my process. Sometimes I discover that I need to do more research to better equip myself for success the next time around. In some cases, I even learn a way to fix the mistake I made rather than having to start all over. Particularly in knitting where I might realize a mistake far into a project, learning that it is possible to fix the mistake without having to start over entirely is yet another skill gained by not throwing in the towel. Whatever the case may be, those damn failures sure have turned out to be important.

Thanks to that internal competitive drive, I keep coming back to the process and I continue to try again. A major advantage of perseverance is that over time, that consistent act of returning to and trying again ultimately leads to more time put in, skills constantly being refined, and before you know it, things that used to feel impossible or take forever have become elementary.

How do you feel about your own failures? Do you have a special approach to help you process them? I would love to hear about what role failure plays in your creative life.

The best possible way to conclude these musings on failure is to quote from one of my very favorite children’s books, Rosie Revere, Engineer by Andrea Beatty. “Your brilliant first flop was a raging success! Come on, let’s get busy and on to the next!”