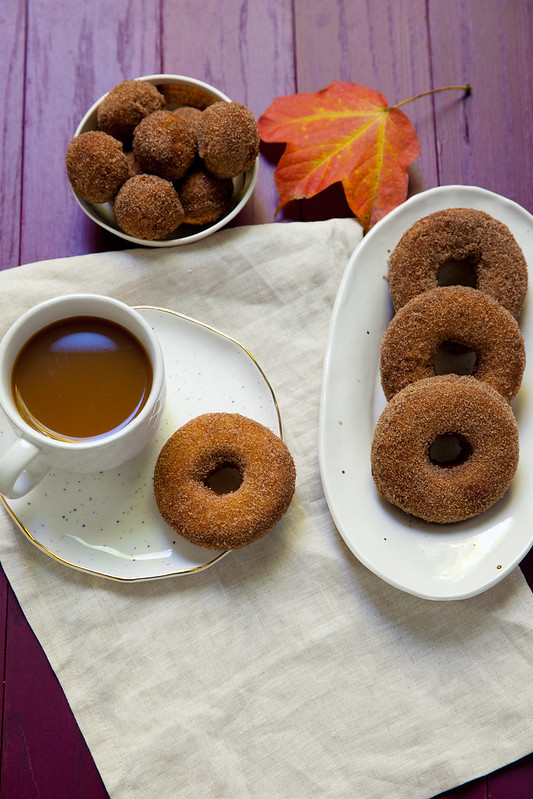 Weekend mornings, particularly in fall, were made for baking. To me, there is not much better than wandering around still in cozy pajamas able to open the windows just a crack to let in the crisp fall air while making something delicious in the kitchen. There is an excellent chance cinnamon will be involved. Doughnuts often seem like a huge ordeal because of the frying involved (ugh, frying), but really, they don’t require much more effort than other baked goods. There are several little breaks throughout the process making them an ideal weekend project. And in the end, the frying is totally worth it, because doughnuts! Apple cider doughnuts…with cinnamon sugar coating. Let’s make them already, okay?! 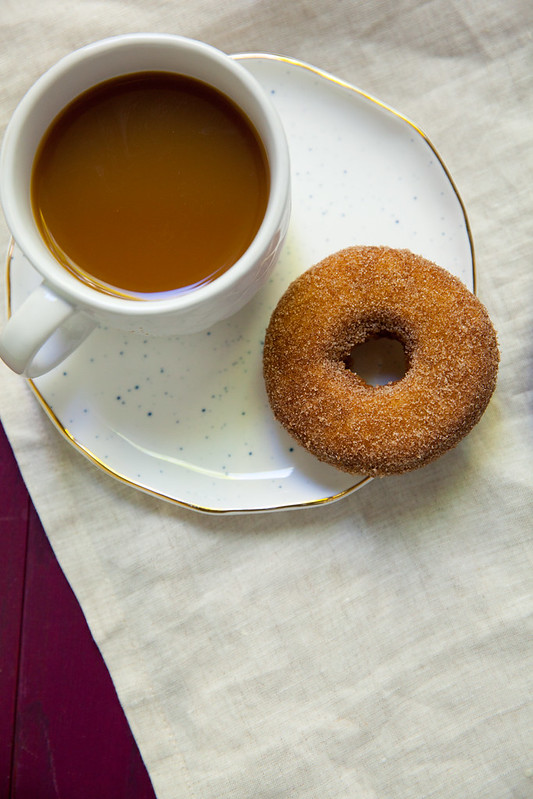 Though I generally prefer yeasted doughnuts, these are incredibly good cake doughnuts. I was very pleased with the texture and flavor, and they didn’t go stale nearly as quickly as I would have expected. Overall these were fun to make and even more fun to eat. I would love to hear how well you fare against that little unassuming bowl of doughnut holes because as it turns out, I was powerless to its presence. I wandered past that bowl so many times for so many “reasons”, and suddenly it turned up empty and me with cinnamon sugar all over my lips. I know nothing, I swear! Make some doughnuts this weekend, loves. You won’t be sorry. 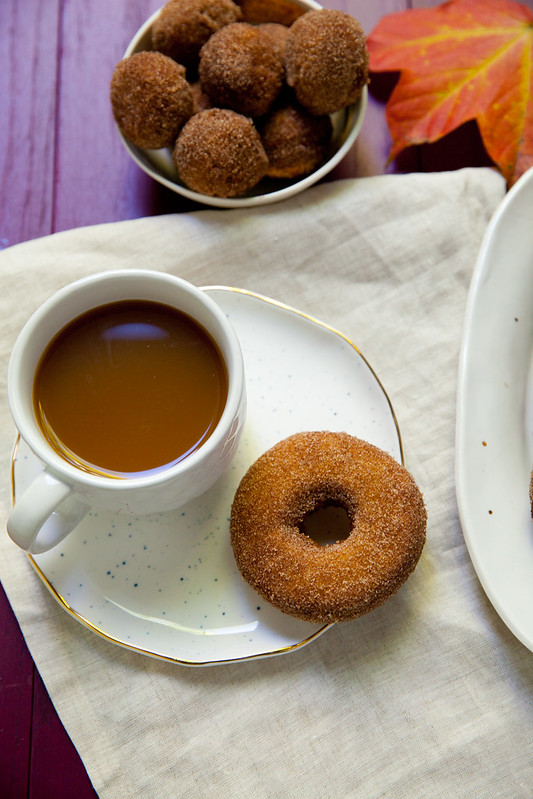 Note: I learned from experience, this recipe halves beautifully. However, upon tasting the doughnuts, we all instantly regretted the decision to halve the recipe. Do so at your own peril.