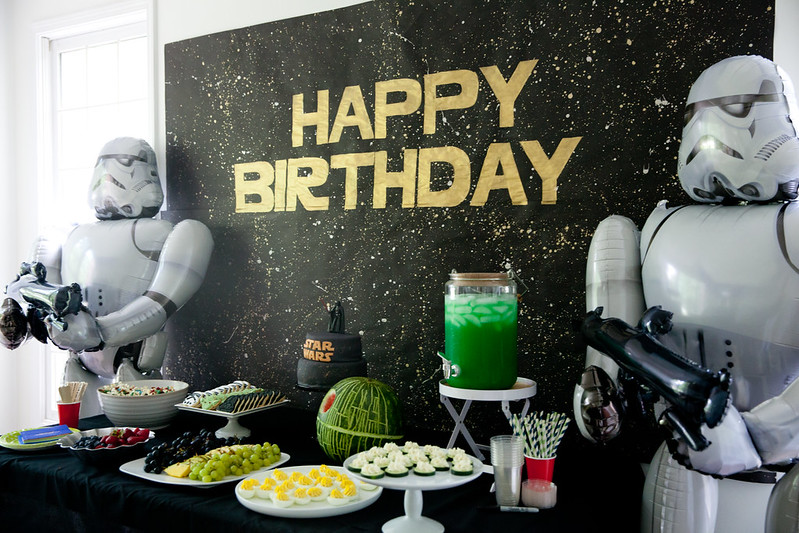 A couple of months ago we were talking and Andrew mentioned that he would be eight on his next birthday. I laughed SO hard, truly believing it was a joke because there was no way that my baby would be eight soon. But then, stunned, I realized he was right!

Initially he was set on the idea of having a laser tag party and to be honest, I was all for it.  I baked my brother’s wedding cake and cupcakes and our whole family was in the wedding the week before Andrew’s party so I knew I would be exhausted. But right before I finalized the date, location and invitations, he decided he would rather have a Star Wars party at home. So be it. Thankfully the force was with me and I was able to pull a party together pretty quickly. 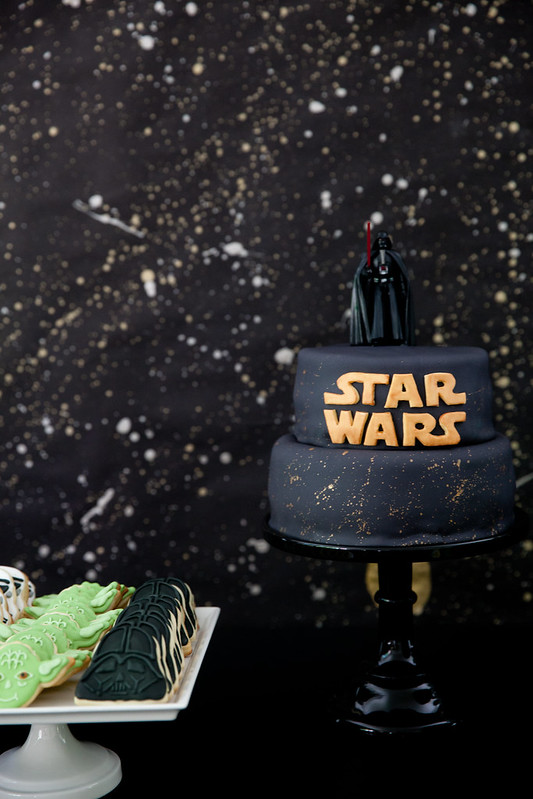 For the cake, Andrew requested chocolate raspberry. I ended up making my favorite chocolate cake recipe for the cake layers, filled them with fresh whipped cream folded with fresh raspberries, and frosted with my favorite chocolate frosting. The combination was so, so delicious! Because of the extreme softness of both the cake and the filling, the cake settled overnight and left the fondant slightly wrinkled but it was okay. It still tasted fabulous! 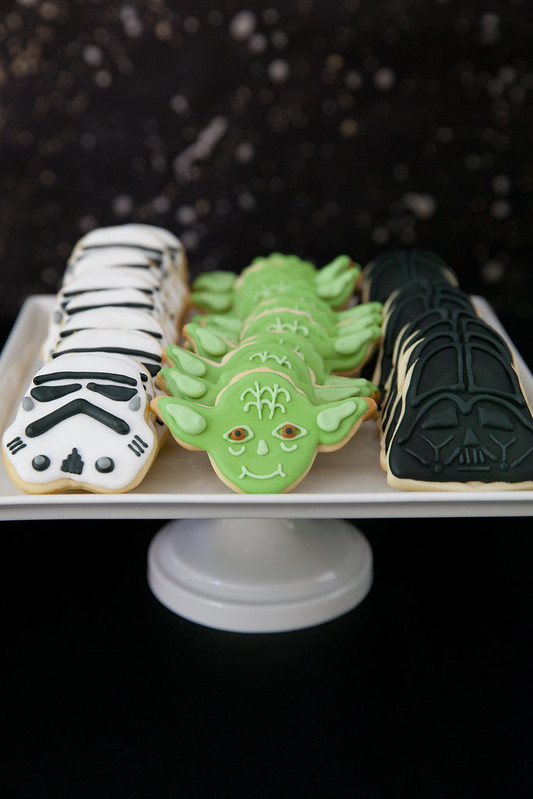 You know I couldn’t resist the opportunity to make some Star Wars sugar cookies with royal icing for the occasion! Even though I know next to nothing about Star Wars, these are still some of my favorite cookies to make. 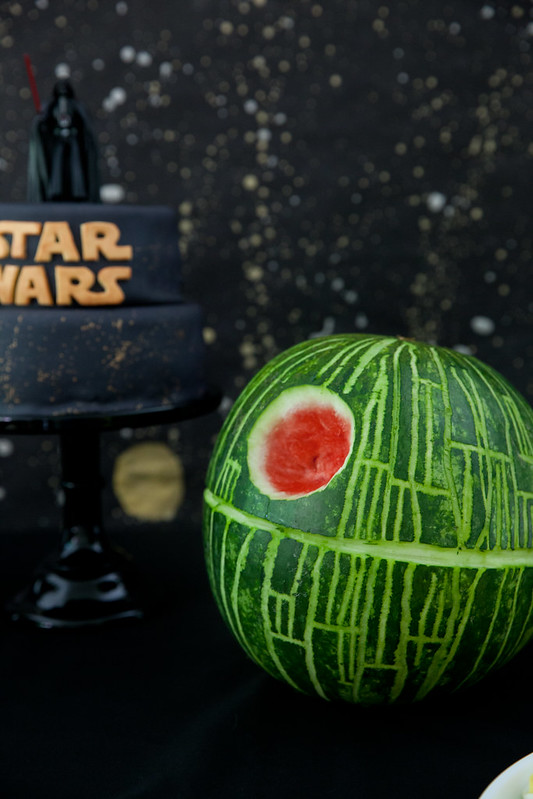 The Death Star watermelon was a veeeerrrry last minute detail (as in, I made it minutes before the party started) but it was such a hit! I must admit even I love it, and I don’t even know what the Death Star is. (Don’t judge!) 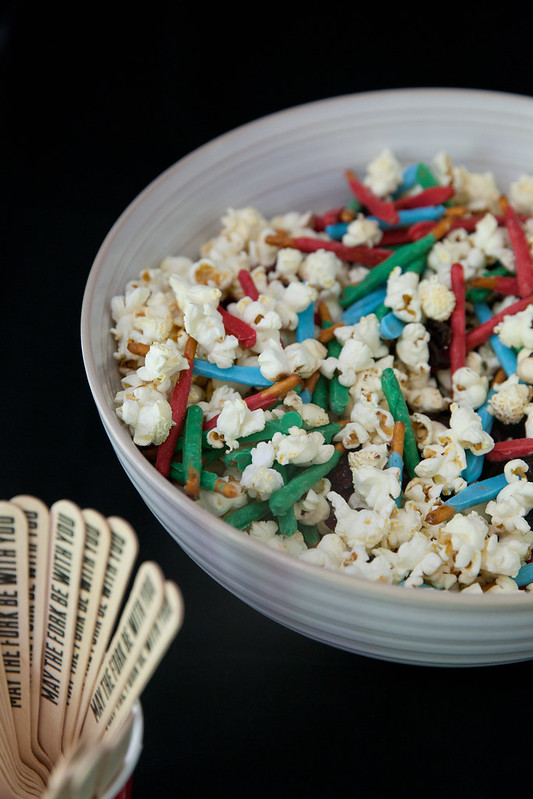 This light saber snack mix was fun and easy to make, although a bit tedious. I made the little sabers by dipping pretzel rods into red, blue and green candy melts. The kids loved it! 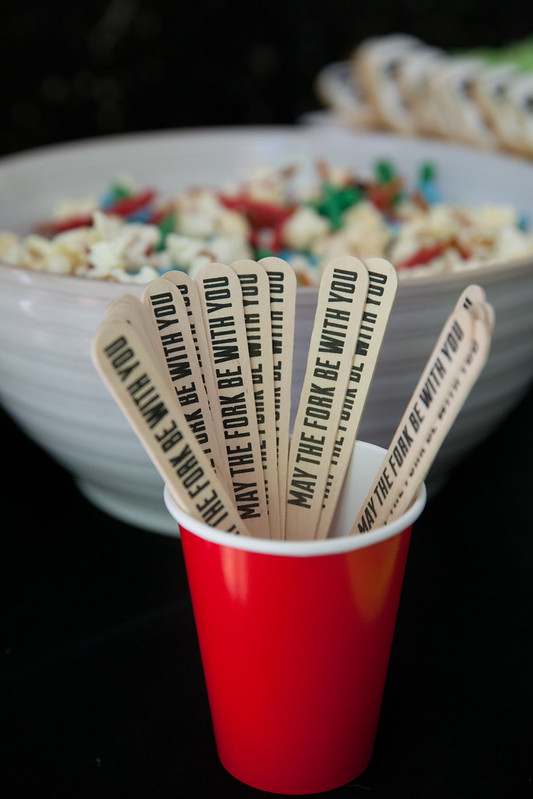 These forks were clearly a party essential. 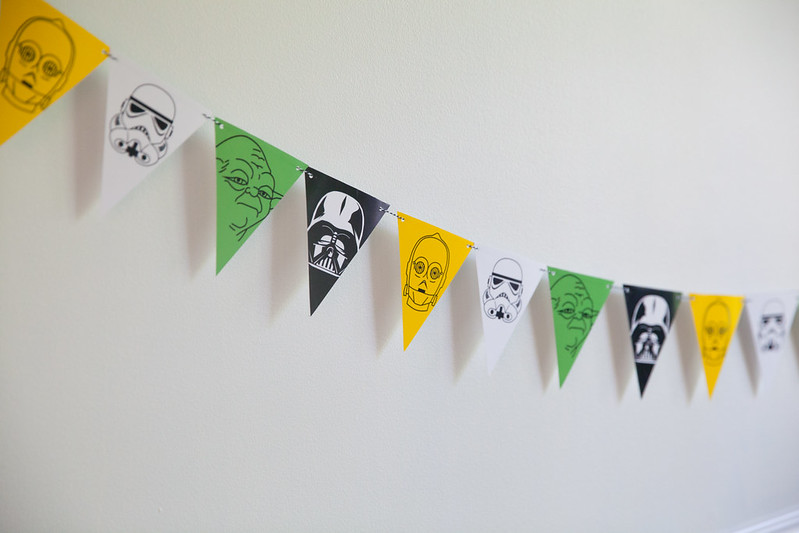 Isn’t this free printable banner adorable? I love it so much. 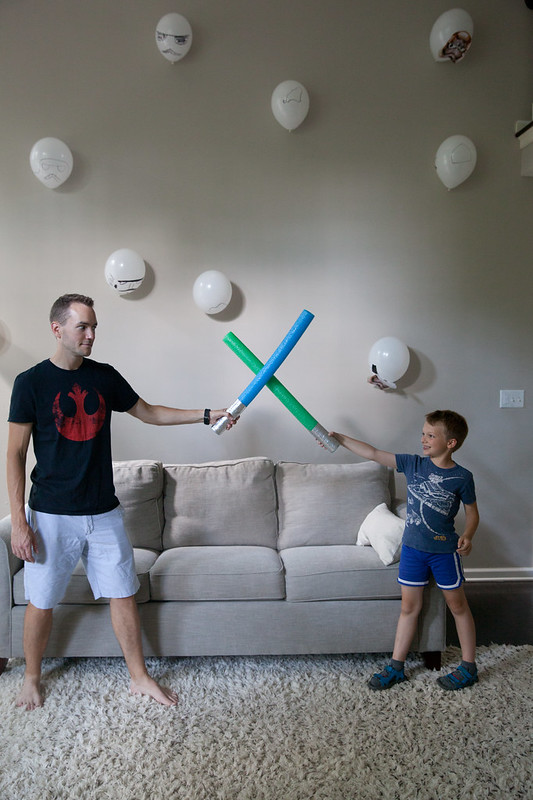 Since planning this was SO last minute, I didn’t have a lot together in the way of activities. I was confident that a bunch of seven- and eight-year-olds would be able to entertain themselves pretty well with a few props. We made light sabers from pool noodles and duct tape and they had a BLAST with those running around and battling. We also had them draw on balloons to make storm troopers or whatever they wanted, taped them to the wall and then let them shoot nerf darts at them. 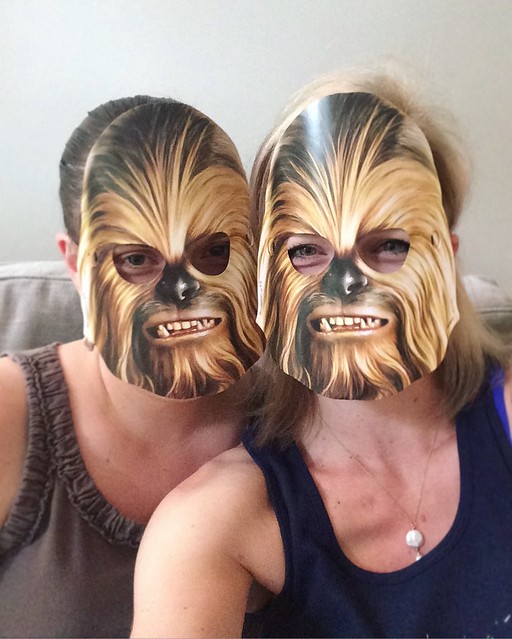 I also had a couple sets of these masks around which made for extra fun for kids and grown ups alike. This is me with my best friend since kindergarten, because real best friends take Chewbacca selfies. 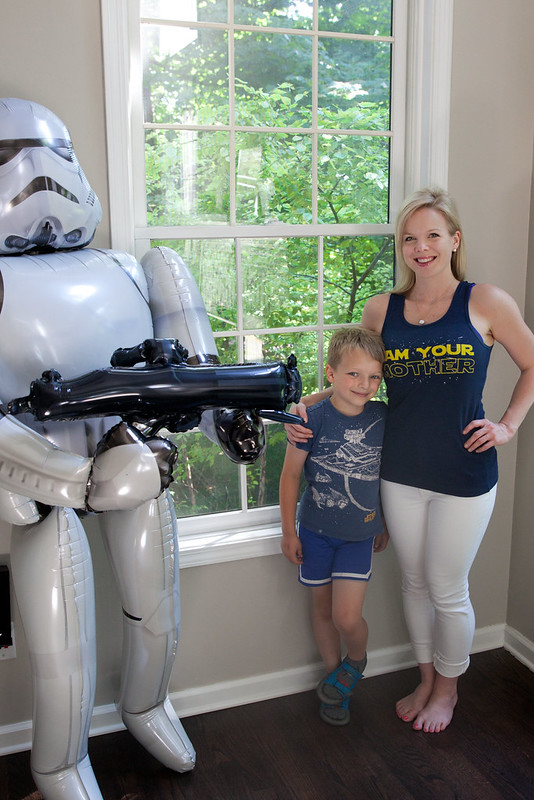 I simply couldn’t resist the tank top. Also can we just talk about how awesome the storm trooper balloons are for a minute? SO AWESOME. The guy at the party store didn’t think so, since each part is filled individually. HA! 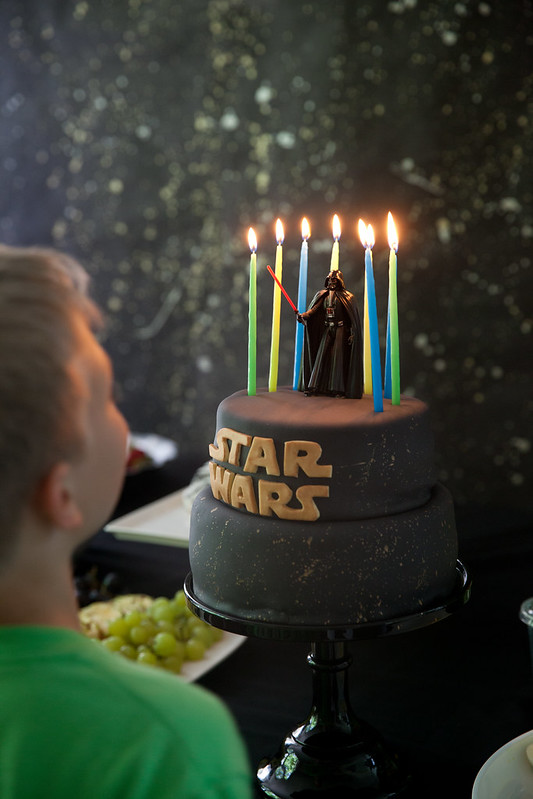