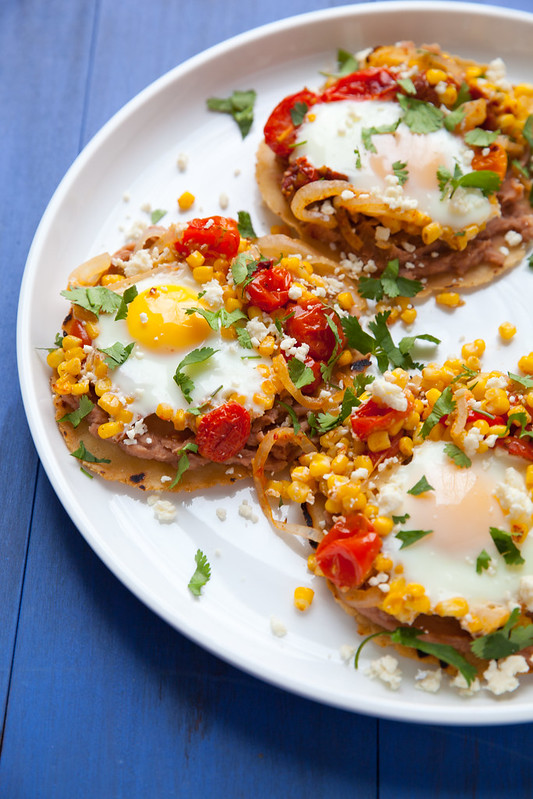 “Your tastes will change as you get older.” One of those oft repeated and eternally true pieces of parental wisdom imparted to me by my mother that crosses my mind on an almost daily basis. Though I certainly don’t think I was at the extremely picky side of the spectrum, neither could it be said that I had an adventurous palate as a child. Though that was in part because of my fairly standard upbringing with not a huge range of foods offered to me, I marvel at the things I disliked as a kid. The one that seems most unfathomable to me now – Mexican food. Sure, I ate tacos made with the grocery store seasoning packets, but that was about it. The idea of anything involving beans of any kind or Mexican spices was an definite no for me. 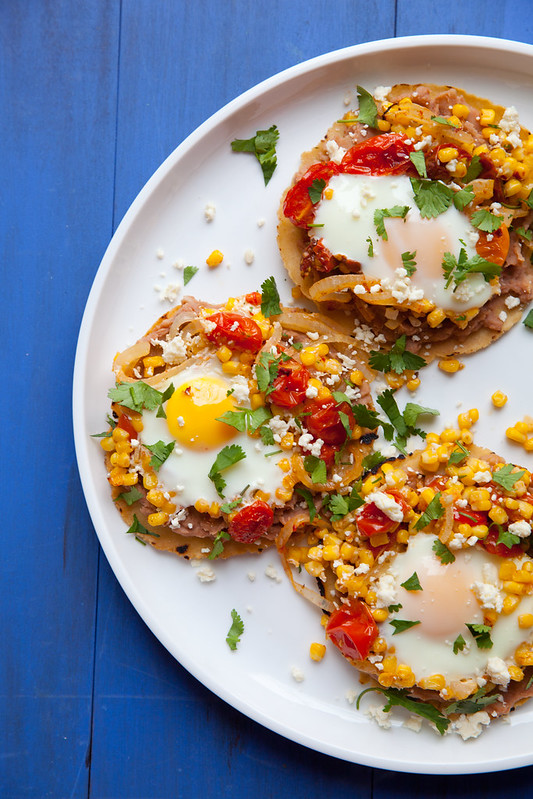 All I can say is, I am so so glad I have managed to avoid a similar situation with my own kids. The very mention of beans, tortillas, or Mexican anything elicits cheers of excitement. They are well versed in the differences between tacos, quesadillas, enchiladas, burritos, and more. Our absolute favorite local restaurant has the best Mexican and Latin cuisine, and they love it almost as much as I do. When I informed them we were having tostadas with beans, corn, tomatoes and a runny egg on top, they were totally pumped. Because, just like me, they know that almost any meal is better with a runny egg on top. This meal can be made healthier if you choose to crisp the tortillas in the oven rather than fry them but for me, this is one instance when frying is worth it. And definitely make the tortillas from scratch – fresh tortillas are always worth the extra effort!