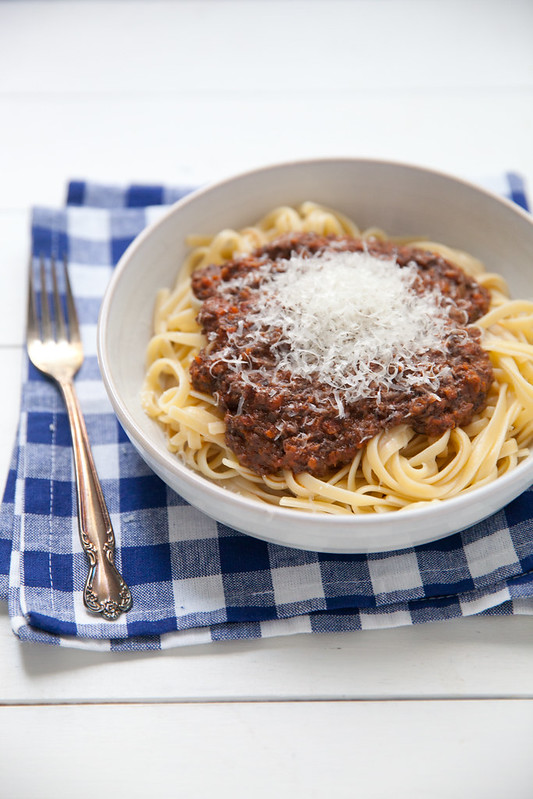 One parenting strategy related to food that always makes me cringe is “sneaking” veggies into recipes. I cannot begin to express how much it bothers me that there are books devoted to this concept. I want my kids to know they are eating vegetables and I want them to understand why that is an important part of a healthy diet. I do not want to enable picky tendencies by letting them think they are eating something they deem acceptable while they are really eating something else. There has, however, been one gray area in this realm in our house: mushrooms.  I have never disguised the fact that mushrooms were in our meals. However, somewhere along the line, Caroline mentally exchanged mushrooms for marshmallows. That is, whenever I would tell her we were having mushrooms she would get super excited and then cause a great fuss when it turned out that dinner was, in fact, mushrooms and not a giant plate of marshmallows as she had imagined. 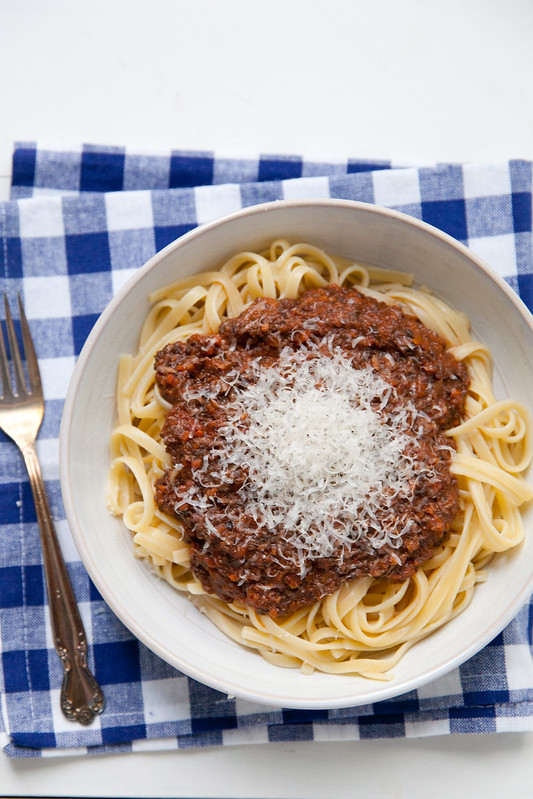 As a result of this ongoing confusion and despite multiple attempts at explanation and clarification, we went through a period where I was a bit hesitant about making things with mushrooms because I knew more crushed dreams and battles were sure to ensue. The first time we made this mushroom bolognese, I was really excited about it because I love a good meatless version of traditionally meat-centric foods. However, I knew that it would result in more drama. As luck would have it, I prepped a batch of this just before I went out of town for a few days. The kids weren’t around when I prepared it and when we told them dinner was pasta with red sauce, they were satisfied. Imagine my surprise when I called home from my trip and Ben told me that the kids had eaten the sauce multiple nights in a row and absolutely loved it. Now the mushroom/marshmallow confusion has been laid to rest (for the record, they do like mushrooms, though still not as much as marshmallows) and this sauce is still a favorite of ours. When we most recently made it, I mentioned that we were nervous the first time we served it to them because of all the mushrooms and Andrew replied, “But Mom, we always love everything you cook and we gobble it all up!” Insert the laughing-so-hard-it-is-crying emoji and the eye roll emoji here. Good grief, Charlie Brown.