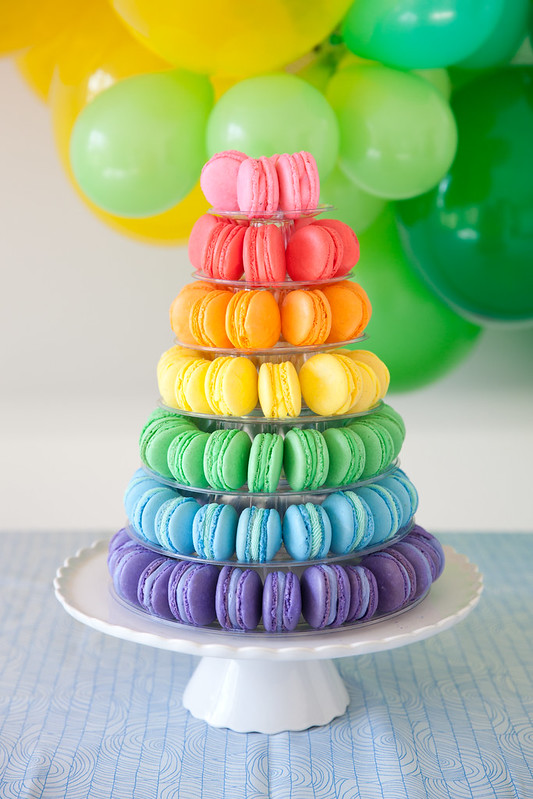 Thanks for all of your sweet comments last week on my post about Caroline’s rainbow birthday party. I truly appreciate them. Along with the generous compliments, many of you were in favor of a post about the macaron tower and more macaron tips, so here it is! First, some details about the tower. As I mentioned before, the tower itself came from Simple Baker on Etsy and it worked beautifully! I’m sure it will be making an appearance at many future parties here in our home. The tower came with a list indicating how many macs each tier would hold, so I used that as a guide when baking the many shells to make sure I had the right number of each color. For each batch, inevitably there will be at least a handful of shells that crack or explode, so I factored that in when I calculated the number of shells for each color. I can reliably get about 70 intact macaron shells per batch (or 35 assembled macs). The shells were all made with the same base recipe but the fillings were all different flavors: pink – hibiscus, red – raspberry, orange – orange (duh), yellow – lemon, green – mint, blue – vanilla, purple – blackberry. I am in the process of tweaking and retesting the hibiscus one to eventually share here in the future. For the sake of simplicity, the filling for all of the flavors started with whipped vanilla buttercream as the base. Most were flavored with extracts. The raspberry and blackberry were left as vanilla buttercream but had a fresh berry inside. This worked out great, and the variety of flavors was a big hit with our guests. 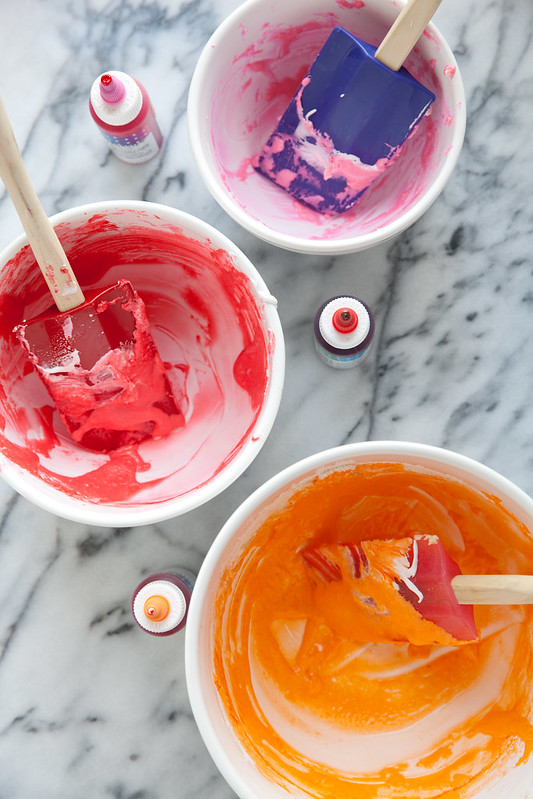 After making four batches over the course of a few days, I feel like I have an even better handle on macs than I did before. Below is a list of some tips you may find helpful. (Before you get started, be sure you make yourself familiar with my step-by-step post on how to make macarons.)

Those are most of my helpful tips and strategies that can hopefully make your mac making more successful and less stressful. Feel free to ask any other questions you might have in the comments. Don’t fear these cookies – they are finicky but, they are also just cookies. What have you got to lose?