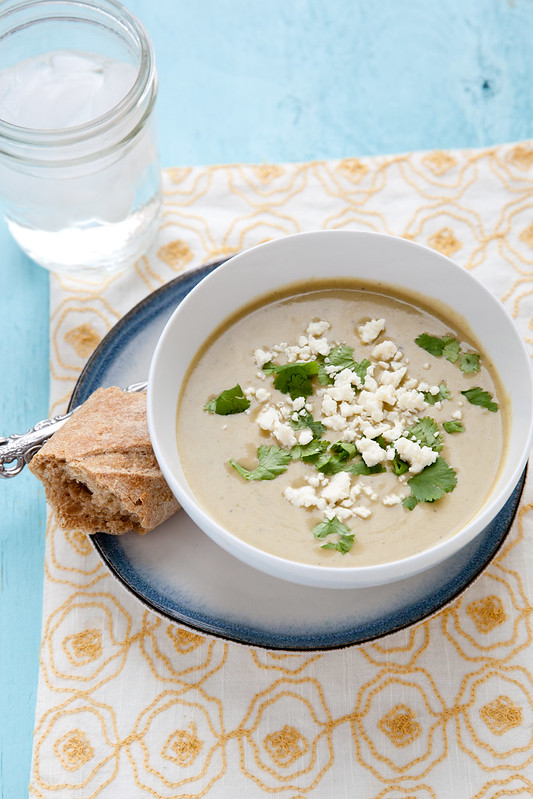 Soup is how we survive February. It is what makes this inexcusably cold weather somewhat bearable. I recall not really liking soup much as a kid, though our soup was from a can the majority of the time which was probably the issue. In any case, I am thrilled that our kids love soup almost as much as I do. This week it is on the menu for three different nights. We started 42.8% soup week off strong on Saturday with this green chile chowder, followed on Monday by roasted tomato basil soup, and with tortellini soup still to come later this week. 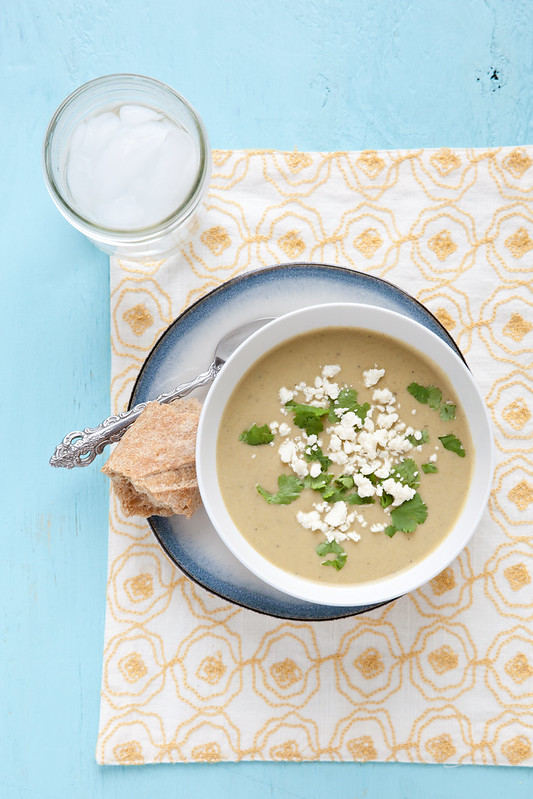 I really love this recipe because it’s somehow different than most of the soups I make.  I don’t know if it is the roasted poblanos (always a win) or the potatoes pureed into the mix, but it is something special. It has just the right texture in my opinion – not too thick but not too thin. The cream is optional and though I oftentimes omit it or substitute with greek yogurt, I really love it here. It adds just a hint of silky richness that takes it over the top. The black beans are a really nice way to make it a bit more filling and satisfying. If you love them as much as we do, consider doubling the amount called for. If I were really feeling splurgy, some cooked chorizo would be amazing but…I don’t even want to go there. Pandora’s box and all that. However, if you do try that, please invite me for dinner okay?

adapted from Cook Like a Champion, originally from Homesick Texan