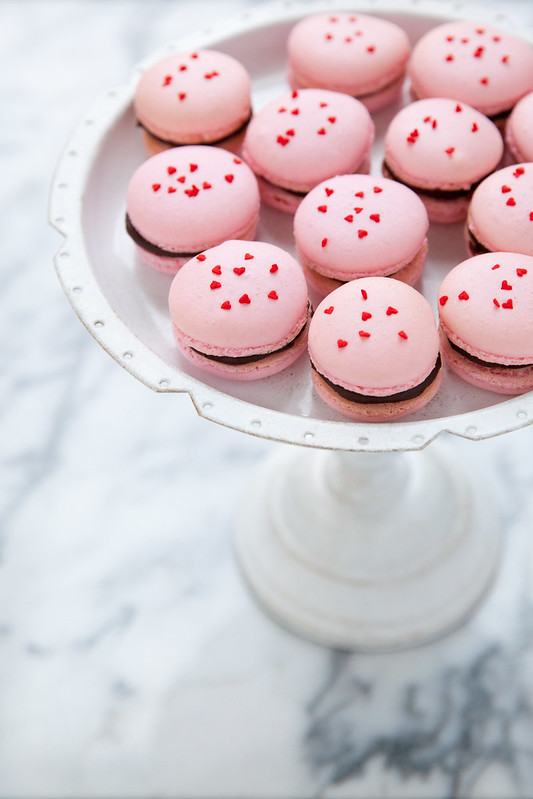 As a kid, my favorite candy in a box of chocolates was the chocolate covered cherry, hands down. I became pretty deft at identifying them, usually based on their shape and occasionally, when necessary, just poking a hole in the bottom to make sure it wasn’t a mint-filled chocolate. Every once in a while we would get really lucky and someone would gift us an entire box of chocolate covered cherries. I thought that was pretty much the greatest thing ever. The idea for a cherry chocolate macaron came to me while pondering Valentine’s Day desserts and the kid in me who refuses to grow up just couldn’t resist. 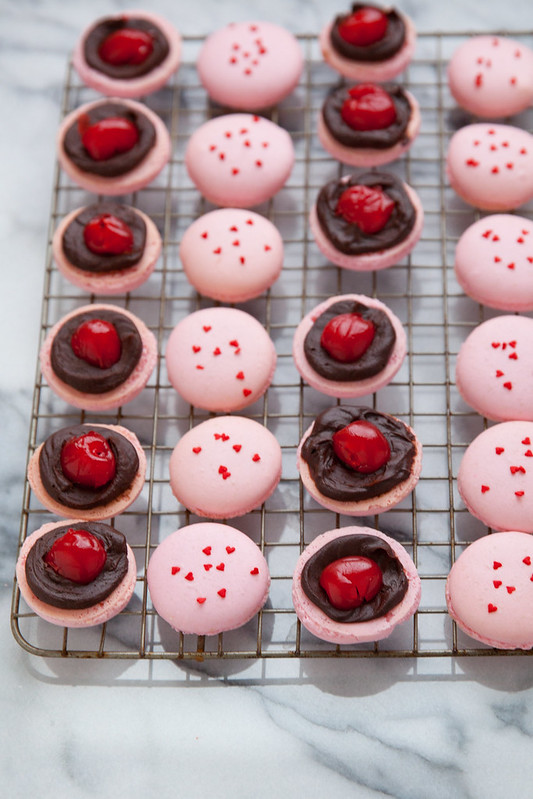 These are pretty straightforward as macarons go. The shell is the classic almond based version, which incidentally pairs nicely with both the chocolate and the cherries. The filling is a dark chocolate ganache piped around a maraschino cherry. It’s important to cover the cherry with the ganache on both sides so that excess liquid doesn’t soften or dissolve the shells. The kids have been loving these for a festive little treat in their lunch boxes this week – they fit perfectly in the little dessert compartment. These really are the perfect slightly fancier answer to my former childhood candy obsession. 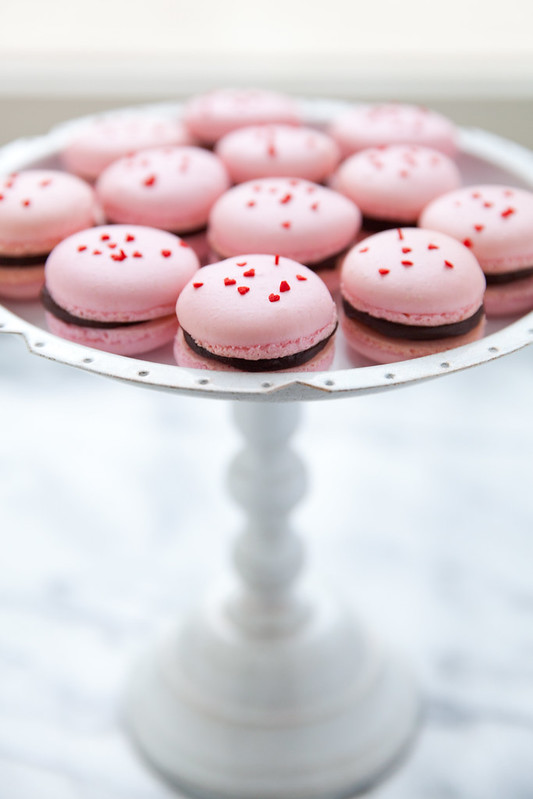 shells from Bouchon Bakery by Thomas Keller and Sebastien Rouxel