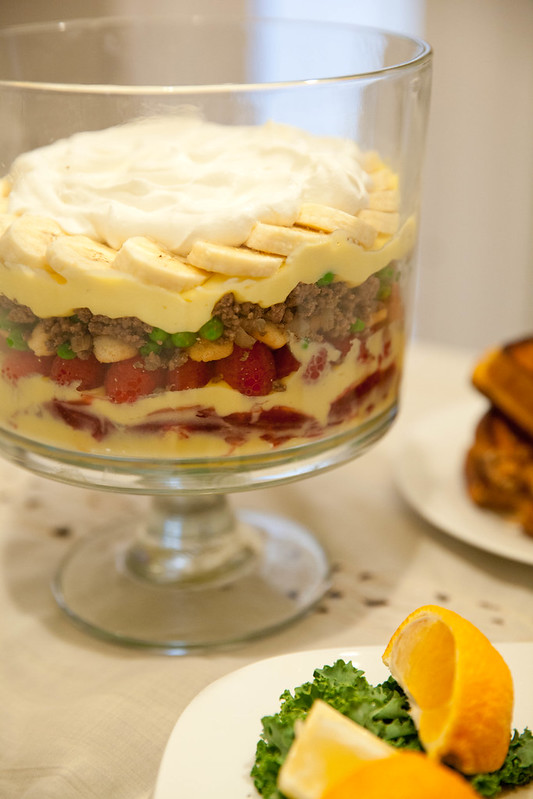 If you, like myself, are a die hard fan of the greatest sitcom ever (Friends, duh), the photo above requires no explanation. If you are not familiar with Friends, right now you’re probably thinking I’ve gone off my rocker putting beef in a dessert and are ready to run the other way. 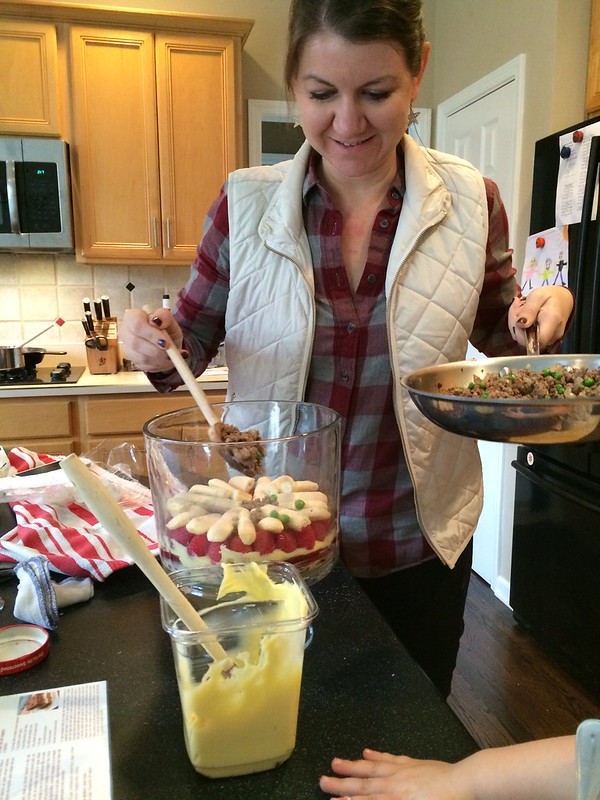 Let me back up a sec. When Josie and I became friends a several years ago, we were happy to discover that one of the many things we have in common is our extensive knowledge and love for Friends. She gets my constant references and I get hers. One thing the show is known for are the hilarious Thanksgiving episodes (especially this one, which is clearly the best). A few years ago we were texting around the holiday (making more Friends references, no doubt) and realized it would be so fun to get together and prepare a Friends-themed meal featuring the many iconic dishes from the Thanksgiving episodes. We promised that one day we would make it happen. This year we were both feeling less than enthused about a traditional Thanksgiving and we knew this was the time to make our half joke a reality. 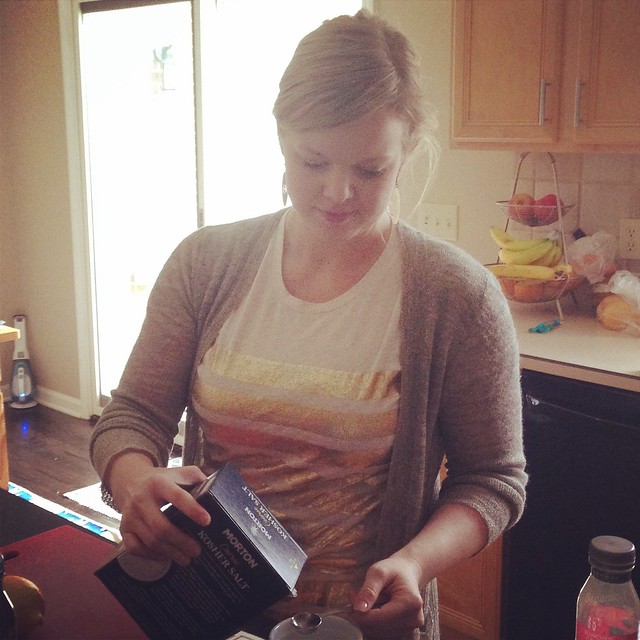 We watched all of the Thanksgiving episodes together and took note of the various dishes mentioned. Then we took that list and made it our plan of action! 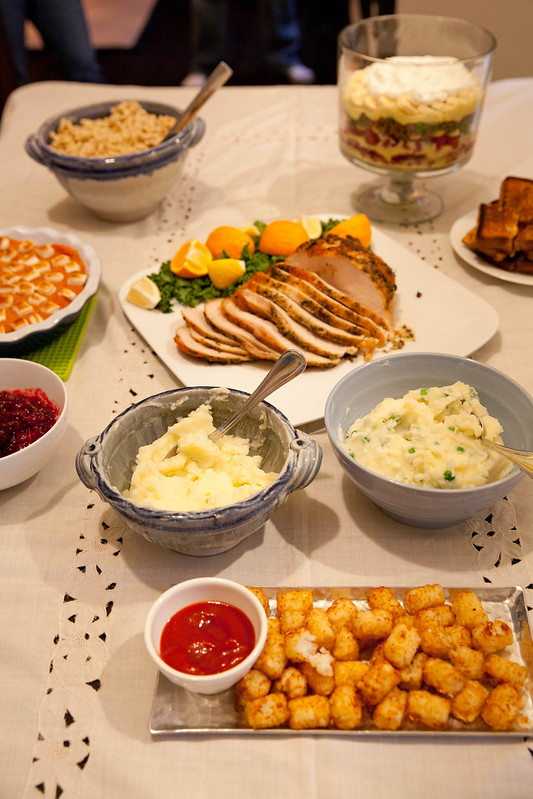 The meal included:
Herb roasted turkey breast (which has nothing to do with Friends, but we wanted turkey and didn’t have the desire or need for a whole one)
Chandler’s grilled cheese (no Funyuns though – they don’t sell those at Whole Foods)
Sweet potatoes with marshmallows in concentric circles – which also doubled for YAMS!
Monica’s righteous mac and cheese (we made this recipe)
Potatoes three ways – mashed with lumps, whipped with peas and onions, and tots
Chanberries (cranberry sauce)
And, Rachel’s traditional English trifle – made just as she describes 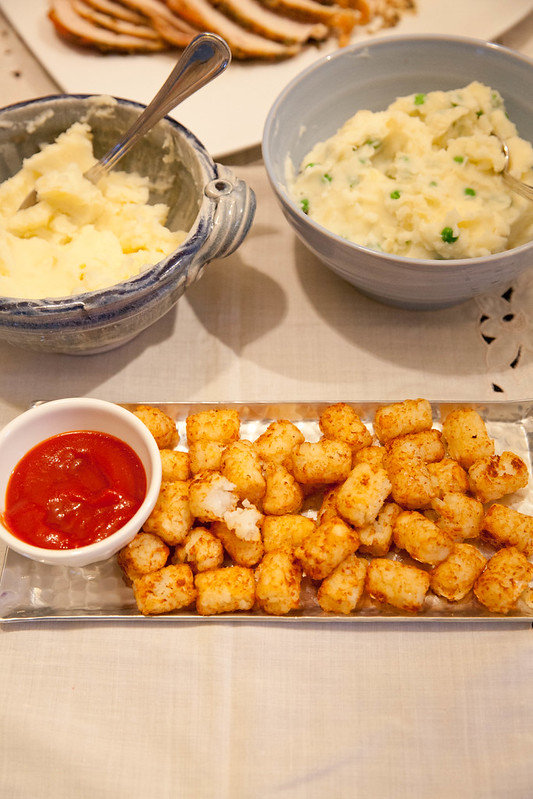 We were also very happy to get to share this meal with another best friend of mine, Amanda, who also knows and loves Friends as much as we do. Ryan and his crew also joined in and, being such a good sport, he even tried the trifle despite having no idea what it was all about. Yes, we all tried it. And while I don’t exactly agree with Ross about it tasting “like feet”, it was just as disgusting as you might imagine. Even so, I can’t think of any other dessert that has ever made me laugh that hard. 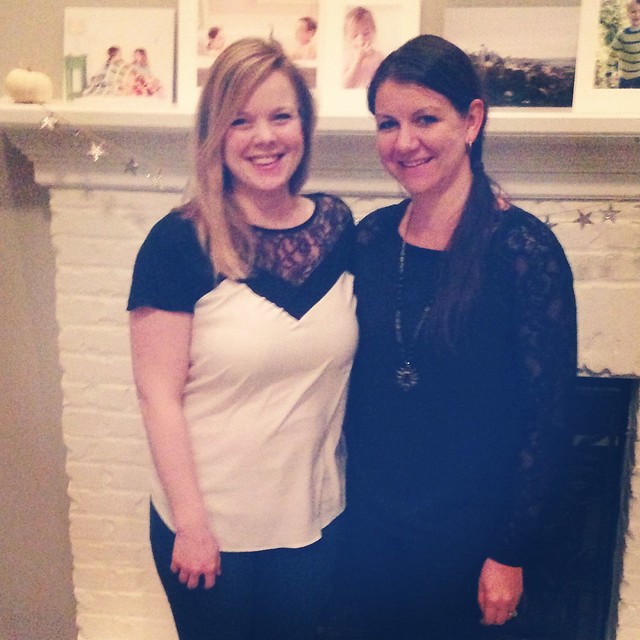 There are really no words for what a perfect weekend this was! At a time that could have been much more dark and dreary, my house was filled with SO much happiness and laughter. I am a lucky girl!