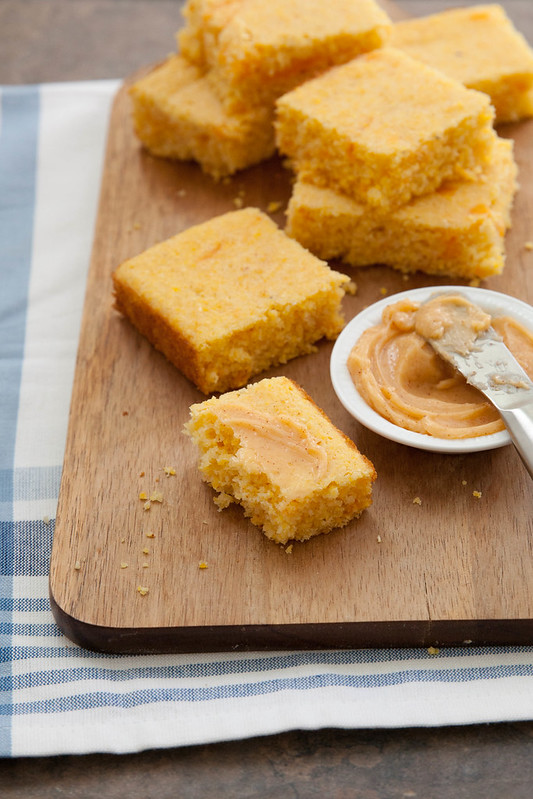 I have vivid memories of the first time I tried asparagus. I was about four at the time and it was billed to me as “a special treat with (my) lunch”. I’m imagining something spectacular and probably some kind of dessert, and then I am presented with not just asparagus, but mushy, canned asparagus. ::shudders:: I didn’t try it again until I was a teenager since I was convinced that all asparagus would be that way. Imagine my surprise when I realized how wonderful fresh cooked asparagus can be. Even the least picky people probably have a few foods that they think they don’t like. In so many of these situations, I think the real problem was a bad first impression. Your first encounter with the food was not good because in that instance, the food itself was less than ideal. And what does all this have to do with cornbread? Cornbread was another food that I believed I did not care for until fairly recently. 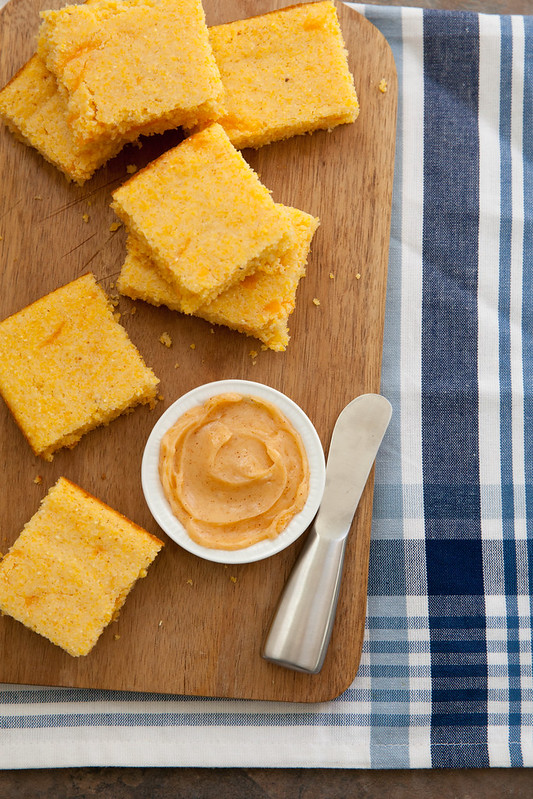 At some time in the recent past, I had cornbread again. It must have been included with my meal because I’m sure I wouldn’t have ordered it. Anyway, same story. Revelation that cornbread is actually good stuff. It was only a matter of time till I made it at home and put my own spin on it. The bread itself is great – a nice basic cornbread recipe that tastes fab and is easy to make. I added cheddar cheese and a dash of chipotle powder to the bread itself and then served it with an awesome chipotle honey butter. Not gonna lie, the butter is kind of a show stopper. We had this with chili (a new recipe I’ll be sharing next week) and it was the perfect accompaniment.