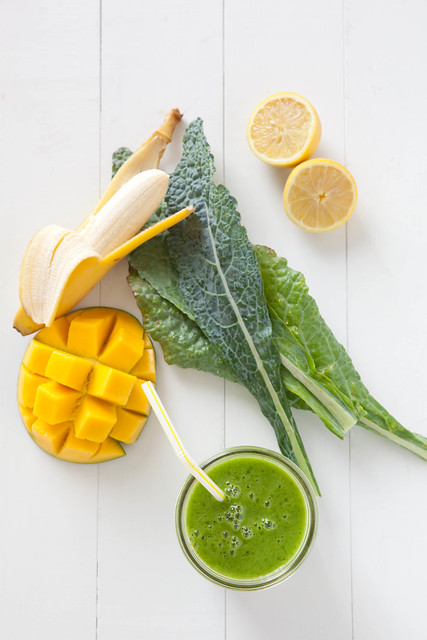 If you think pairing words “kale” and “refreshing” is a bit dubious, don’t worry. That’s right where I was a couple of months ago when I first came across this recipe. I’m a long time fan of green smoothies and I drink one almost daily. And I really do like kale, despite all of Jim Gaffigan’s trash talking. But in my experience, kale needs a bit of TLC to be at the very least palatable and certainly to be actually enjoyable. Every time I have come across a smoothie that included kale, I immediately wrote it off because “throw into a blender and puree” didn’t seem like it would cut it in the TLC department. And to be perfectly honest, I was worried the smoothie might taste like dirt. 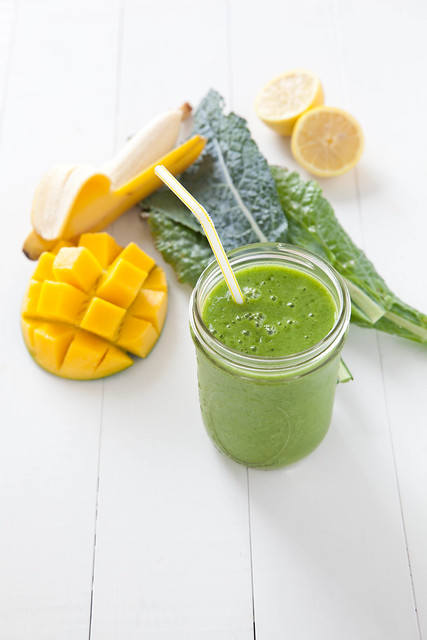 I initially decided to try this because my garden was producing mad kale (before the caterpillars destroyed it – boo) and I was looking for new ways to use it. I figured, worst case scenario, I dump it out and only waste a few ingredients. Much to my surprise I not only enjoyed it, but actually prefer it to my old standby green smoothie. I don’t notice the taste of the kale, but the overall flavor is just really bright and refreshing. I think it’s the lemon that makes it so good. I also appreciate the simplicity of the recipe, as even my pre-coffee self is able to make it early in the morning.