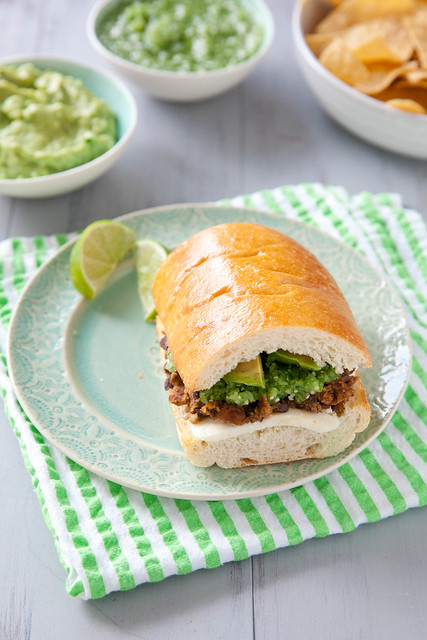 Sometimes I do this thing where I see a recipe that looks amazing and I automatically assume that simply because of its sheer awesomeness, it must take forever to make. (I generally don’t read a recipe until I am in the act of making it. Bad habit.) Then I finally get around to trying it and find out that, surprise! It’s actually super quick and easy. That’s what happened here. I first came across this recipe quite a while ago when flipping through a favorite Rick Bayless cookbook and it was like it was made for me – black beans, chorizo, and tomatillo salsa. AYKM?! 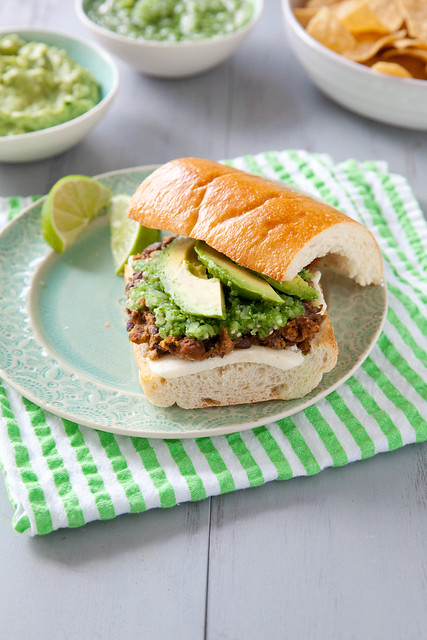 After literally years of somehow passing these over, they finally made it onto the menu. I think I made them on a Sunday expecting a long, drawn out cooking time. And then about 10-15 minutes later, I had dinner staring me in the face. Guys, this is a gooood one. I did overcomplicate it slightly by making my own chipotle queso fresco from One Hour Cheese but that was another recipe that took me by surprise with its unfussiness. I think it took about 20 minutes from start to finish and then I just let it cool.  I used store-bought rolls this time around since we ended up making this sort of last minute, but I would recommend making your own if you can. (Speaking of, if anyone has a favorite recipe for a sub roll that is crusty on the outside but still soft and tender on the inside, I’m all ears.)