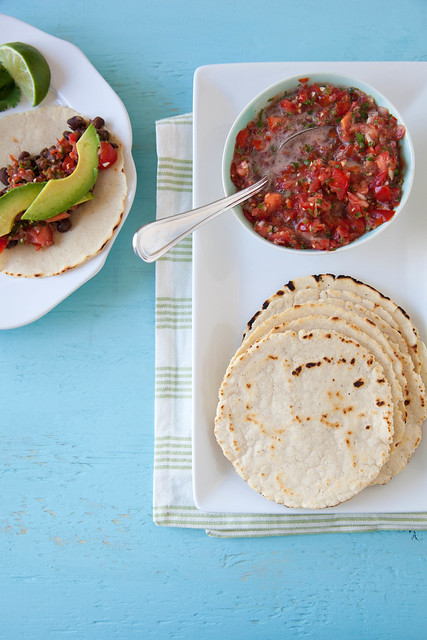 If you’ve never made them before, homemade tortillas may seem daunting or out of reach. I assure you though, they are easier than you think and 100% worth the effort.  We’ve been making flour tortillas for a couple of years now and almost never use store bought because they just can’t compare. I’ve tried my hand at corn tortillas a few times before but haven’t been completely satisfied with the results. Finally though, I’ve found a recipe that works.  These were so, so good!

Also, a word about shaping.  I must admit, I am totally excited about my recently purchased tortilla press.  I held off buying one for such a long time because I generally avoid buying unitaskers, but when I considered the fact that we make tortillas at least once every week or two, it seemed rather silly that we didn’t have one yet. If you have a press it will make the shaping process a lot quicker and simpler, but if you don’t, never fear. You can use two skillets or two pie plates pressed together to have the same effect.