Creme brûlée is one of the ultimate classic desserts.  It has such a reputation of being aaahhh-mazing, and people are always gushing about how wonderful it is.  I had never tasted it until sometime during med school, when I was out to dinner with my aunt.  When she learned that I had never tried it she insisted we change that then and there.  At the time I knew absolutely nothing about it or what to expect, except that it should knock my socks off.  Instead, I was underwhelmed.  It had been built up so much in my mind that a very eggy custard with burnt sugar was a let down to say the least. 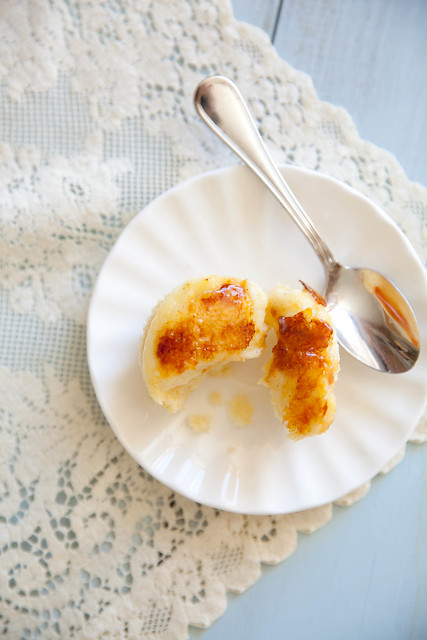 I think that most of that disappointment was simply a matter of inaccurate expectations.  The next time I tried it, I knew exactly what to expect and was much more able to enjoy and appreciate it.  And by now I’ve had it enough times to declare that yes, I think it’s pretty wonderful indeed. 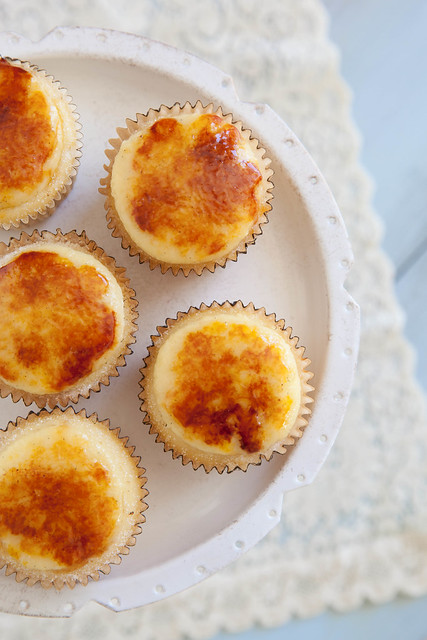 These cupcakes were a recent coworker birthday selection and I was curious to see how well the concept of creme brûlée would handle being cupcake-ified.  This approach uses a vanilla pastry cream rather than a classic custard, but combined with the burnt sugar topping, the combination is absolutely spot on.  Based on the reviews they received, I think this is a version of creme brûlée that everyone can get on board with, even the haters. 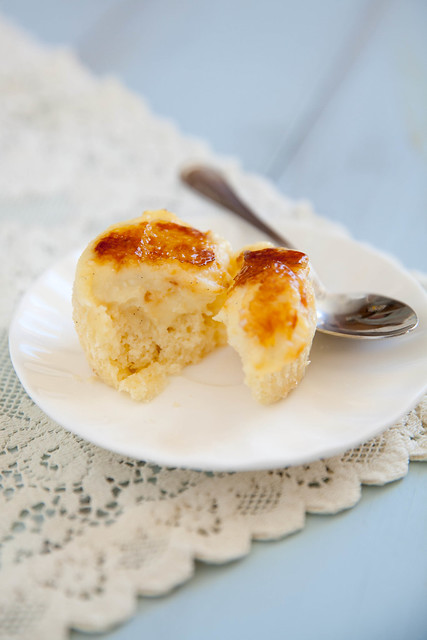 adapted from The Baker Chick