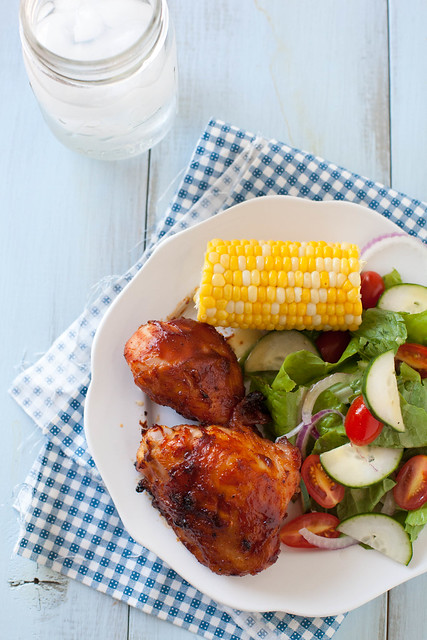 Anyone who knew my dad well knew one of his happiest places in the world was in our backyard manning the grill.  Usually he made steaks, ribs (his specialty), or occasionally burgers.  Since I have never been a huge fan of steak or ribs, he would usually throw a couple of pieces of barbecued chicken onto the grill for me.  Eventually it got to the point where it happened so often, I was way sick of barbecued chicken.  He never quite caught on to that though, and one year on my birthday when he asked what I wanted for my birthday dinner, he suggested…you guessed it: barbecued chicken.  January in Indiana was never enough to stop him from grilling. 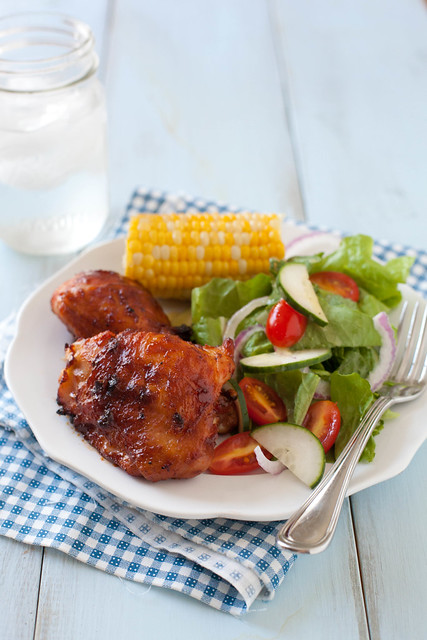 Now it’s been over a year and a half since Dad made the chicken for me and of course, I’ve been missing it.  A small side effect of missing him, I suppose.  When I came across this recipe it looked really promising.  Dad’s chicken was good, but I was looking for a fully from-scratch version.  We were cautiously optimistic when we started the grill but as soon as things started cooking, we knew just by the smell that it was going to be amazing.  In the end, were kind of blown away by just how good something as basic as barbecued chicken could be.  The nostalgia was set into full swing.  And just like that, we have a new appreciation for this dish on multiple levels.  (Who knew it even had more than one level?)