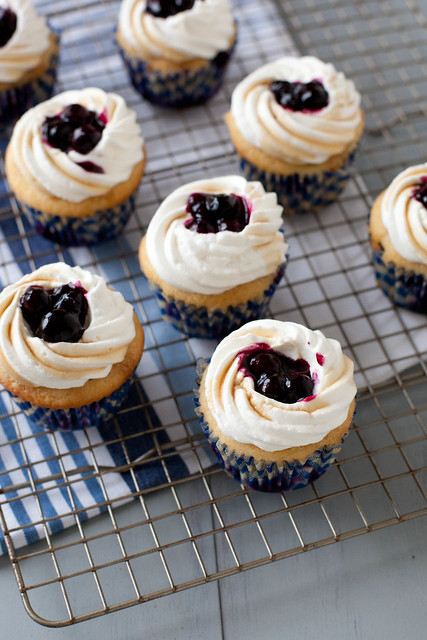 It had been a while since I experimented with new cupcake flavors.  Over the past few months I’ve made treats for various friends’ birthdays, weddings, and other events, but for such things people tend to prefer more classics… some traditional (chocolate, red velvet, lemon) and some less classic but ever popular (cookie dough forever!)  A blueberry pancake cupcake has been at the very top of my list of flavors to play around with for months.  When my blogging BFFs and I visited Cupcake Camp in New Haven, CT last fall, we sample dozens of flavors of cupcakes.  Some were great while some were a bit disappointing, but I remember my favorite of all being a pancake cupcake. 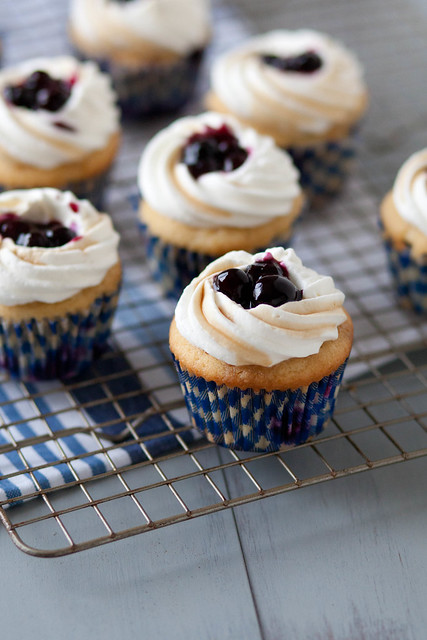 Ever since, I’ve been wanting to experiment with a pancake-esque cupcake but have been so busy making rounds upon rounds of the “classics”, I just haven’t had the opportunity.  Finally a coworker selected them for his birthday – woohoo!  These start with a maple-spiked buttermilk batter with fresh blueberries folded in.  After the cupcakes come out of the oven, they are brushed lightly with maple syrup which really seals in the pancake flavor.  They are topped with freshly whipped cream (as the best pancakes should be) a spoonful of blueberry sauce and a drizzle of maple syrup.  I was very pleased with the balance of flavors in the finished product.  Let me know what you think if you try them!