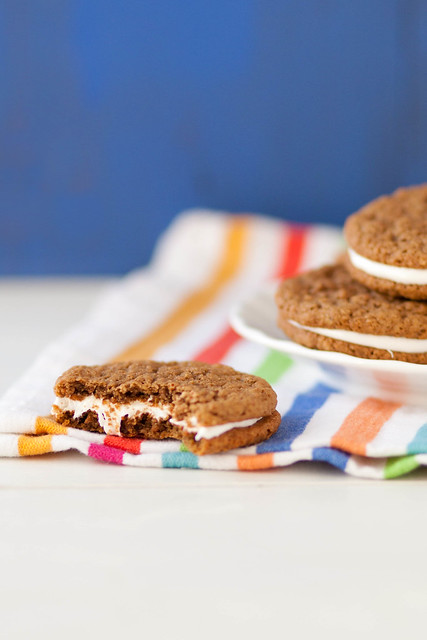 Throughout my childhood, our pantry had a near constant supply of various boxed snack cakes.  Dad did an incredible job cooking for us practically every single night, but when it came to dessert, it was usually an ice cream sandwich or a snack cake.  He generally rotated the supply between a chocolatey version, the zebra striped version, and occasional others, but it was always clear which was his favorite…those good old oatmeal cream pies.  Those were apparently an essential. 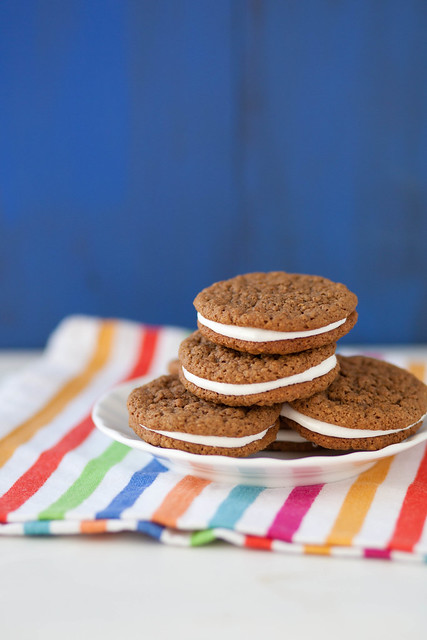 Recently, rather out of the blue, I had a sudden craving for one.  I haven’t bought packaged cookies or cakes in so long I can’t even remember, so I knew it was time to try out a homemade version of this childhood favorite.  Thankfully Stella of BraveTart amazingness had already cracked the code to an unbelievably close taste-alike, and these completely delivered that nostalgic treat I was hoping for.  The ingredient list may seem a bit long but it’s what works to make both the texture and flavor spot on with the original.  I do think these taste best at least a few hours after they have been assembled, when the flavors have had time to meld.  I taste tested at various steps along the way just to be sure.  Tough job, you know.