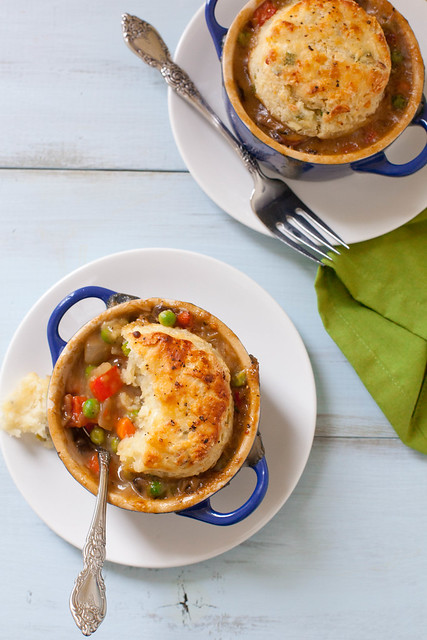 Pot pie is undoubtedly one of the foods I most look forward to in the cold weather seasons.  The thick, hearty filling and tender flaky topping are a winning combination, perfect to warm you up on even the chilliest of days.  We don’t always have chicken on hand and our fridge is nearly always stocked with a variety of veggies, so I thought I would try my hand at a meatless version. 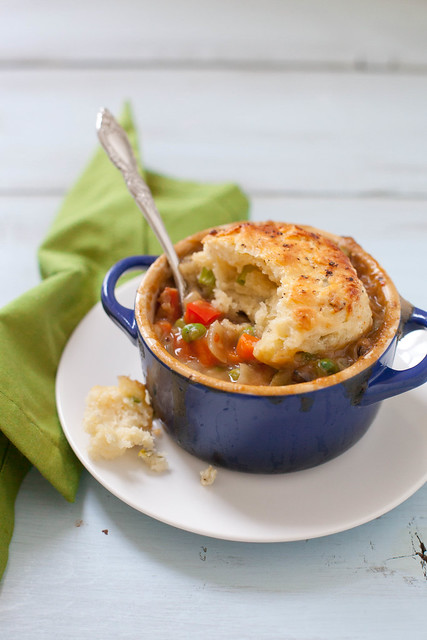 This is a spectacular vegetarian meal and a great way to use up some of the veggies you may have hanging around the fridge.  As wonderful as the filling is, I love the biscuit topping even more.  They are so tender and buttery, and the addition of feta and scallions makes them irresistible.  Our whole family loved this meal and we definitely didn’t miss the meat one bit.

Note: This recipe was developed as part of my ongoing contribution to the Go Bold with Butter blog.  Head over to see my posts as well as more great recipes from the other awesome bloggers involved with the project!