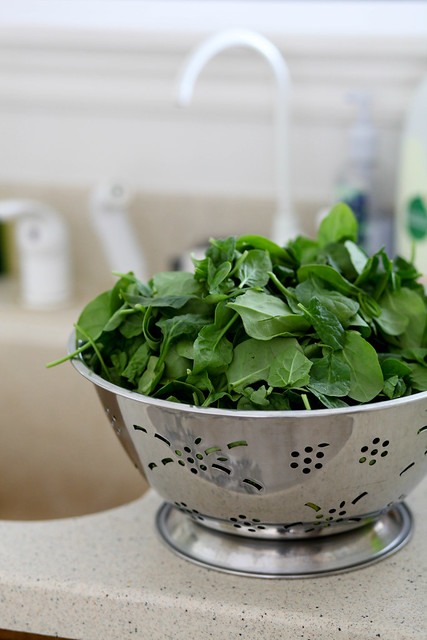 Frozen chopped spinach may or may not be a staple item in your kitchen, but it certainly is in mine.  We really like spinach in our house, both raw and cooked, so we tend to go through quite a lot of it and many recipes that I make call for frozen chopped spinach.  Unlike some of my other posts in the Making the Basics series, I make my own frozen chopped spinach not to save on packaging materials (because I think it’s about equal in the end), to know exactly what’s in it (spinach), or because it tastes that much better (again, it’s just spinach).  In this case, I do it primarily to avoid wasting spinach that is about to tossed.  I buy spinach in large quantities and we usually plow through it with salads, smoothies, pizza, and more.  But occasionally we have one of those weeks where dinners don’t get made, things don’t go according to plan, and suddenly I have mass quantities of spinach on the verge of spoiling.  That’s when I decide to take about 10-15 minutes to avoid wasting it.  If it helps avoid buying a couple more items from the grocery store, I consider that a plus.  It’s really simple.  Watch and learn!

I start out by placing the spinach in a colander (preferably one that is not half the volume of spinach you are using…I guess I need a bigger colander.)  I rinse the leaves lightly. 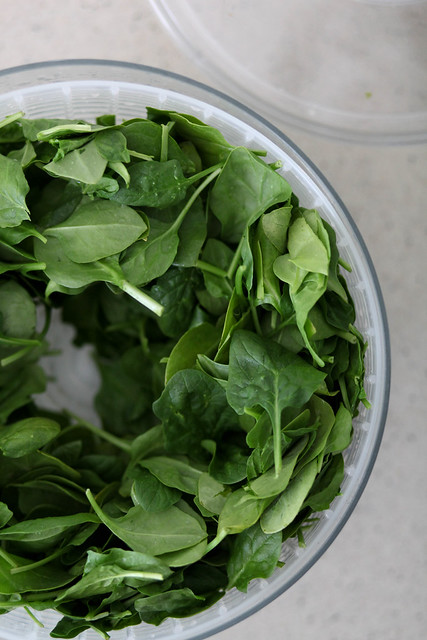 Then I transfer the spinach to a salad spinner to remove the excess water until just a few drops cling to the leaves. 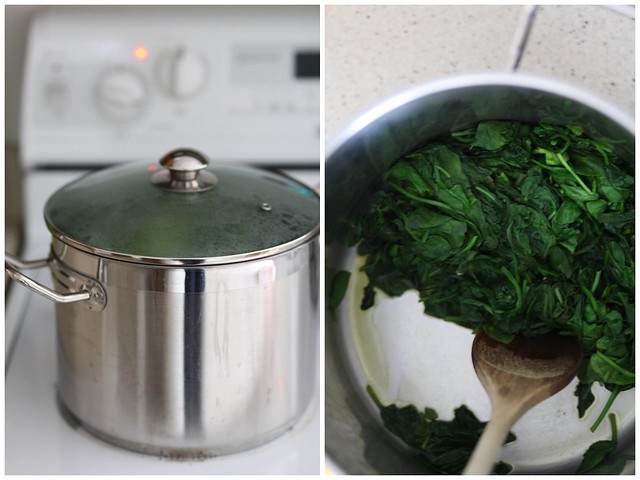 At this point, place the spinach in a large stockpot or Dutch oven over medium-high heat.  Cover and let cook down until the leaves are beginning to wilt, about 3-5 minutes.  Once the wilting begins, stir the leaves to ensure they are all cooked down. 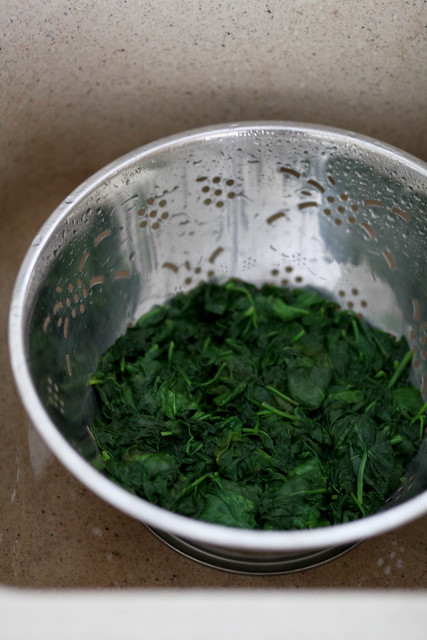 As soon as all the leaves have wilted sufficiently, remove from the heat and return the spinach to the colander.  Rinse with cold water to stop the cooking.  Wait until the spinach is cool enough to handle before proceeding.  Then take the spinach one handful at a time and squeeze out as much excess water as possible.* 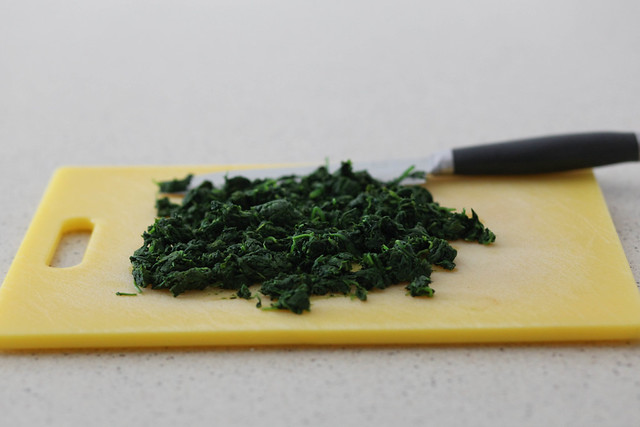 Transfer the drained spinach to a cutting board and give it a coarse chop. 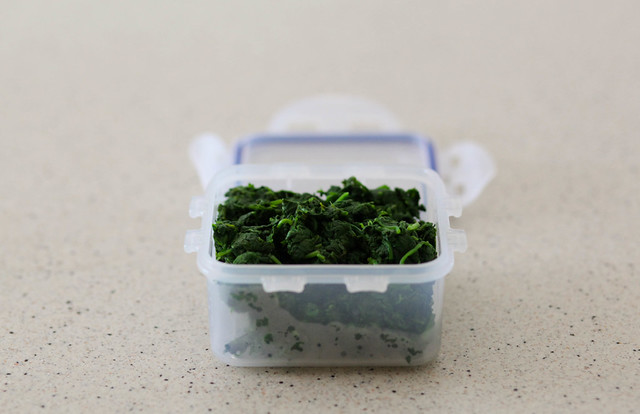 Place the chopped spinach in an airtight container and pop it into the freezer.  Voila!  You’re done!

I measured the amounts of my homemade method versus a typical package from the store by volume and by weight.  To end up with a quantity similar to that in a store-bought 9 ounce package you should start with about 11-12 ounces of fresh baby spinach leaves.**

*I realize that store-bought frozen spinach is typically frozen prior to draining the excess water.  That said, I’ve never noticed any difference in quality or taste, so I prefer to just do it in advance to minimize work later when I actually use the spinach.
**I tend to store my homemade frozen spinach in a big bag or container and just grab a chunk when needed.  The amount called for in most recipes is equivalent to about 5 ounces of drained frozen spinach, or about 2/3 cup by volume.