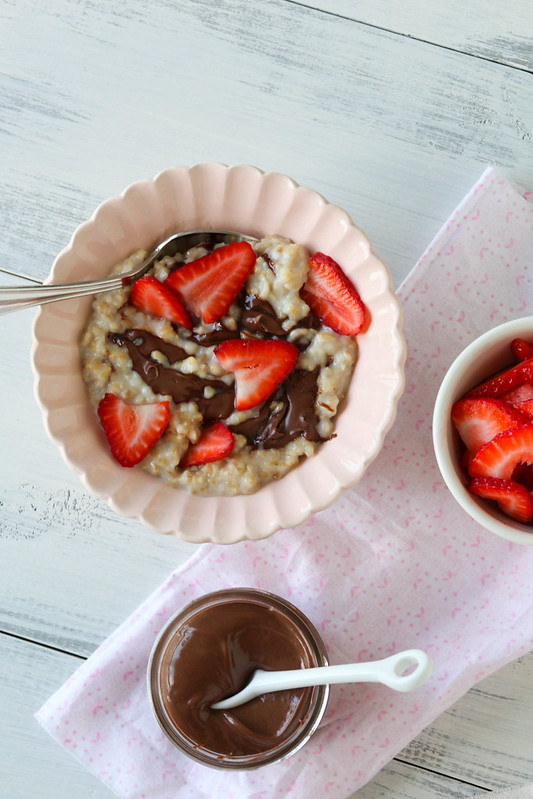 I can’t believe I used to the the girl who hated oatmeal.  Well, sometimes I liked it when we were all out of cereal and by “oatmeal”, I mean the artificially flavored instant stuff from the paper packets.  When I started looking for breakfast options to kick my boxed cereal habit, I considered oatmeal with a large dose of skepticism.  I have a couple recipes for baked oatmeal that see a lot of action around here, but lots of you wonderful readers suggested I try steel cut oats and I haven’t looked back since.  Steel cut oats are so different than the tough, tasteless stuff I used to know as oatmeal.  I make it in large batches and eat it throughout the week.  I mix in apples and raisins, peanut butter and banana, or sometimes just a handful of dried cranberries. 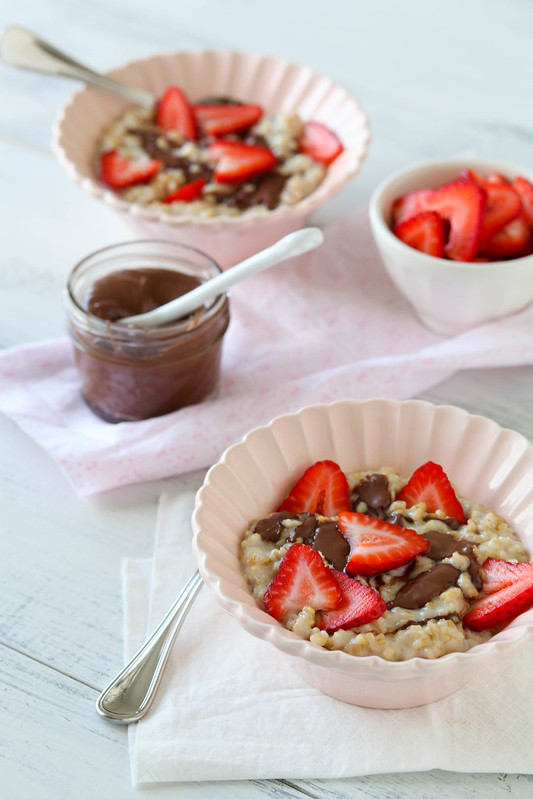 One morning a few weeks ago, we were out of peanut butter so I scrounged around in the pantry until I surfaced with a jar of Nutella.  That seemed like a pretty good idea so I swirled in a dollop with a handful of strawberries.  Oh.my.word.  People, this is like dessert oatmeal.  Oatmeal I could actually eat for dessert and be decently satisfied.  That’s kind of a big deal.  This may not seem all that revolutionary to you but in our house, it’s caused a bit of a stir and I thought it was worth sharing.  Thankfully a little bit of Nutella goes a long way so you don’t need to feel guilty about enjoying this for breakfast or dessert.  I haven’t tried it yet but I’m sure raspberries would be equally wonderful.  Happy breakfast!