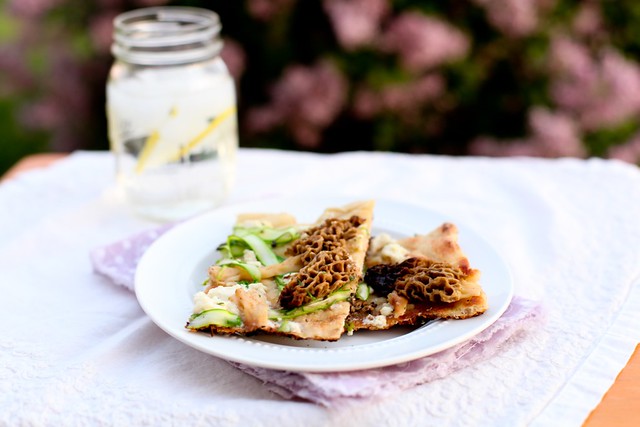 Chances are if you’re from the midwest, you’ve at least heard of morel mushrooms.  Maybe you’ve bought these highly sought after mushrooms at the farmers’ market or even gone hunting for them yourself.  These honeycomb-capped fungi are present in many regions but are particularly prevalent in the midwest.  They are especially sought after for their nutty, earthy flavor and are quite the commodity during their brief growing season.  My brother Dave has become a pretty great morel hunter and this year he had an exceptionally good haul.  He hoarded his first batch and ate them after everyone else had gone to bed so he wouldn’t have to share (true story), but he was kind enough to share some of the second batch with us.

The most common cooking methods for morels are generally very simplistic so as not to mask the flavor, either lightly sautéed with a bit of salt and pepper or dredged in flour and pan-fried with a bit of butter.  I wanted to try something different this year, so I opted for a simple veggie flatbread on the grill.  I used shaved asparagus and a bit of crumbled boursin a la this fabulous pizza, as well as a sprinkling of fresh chives and a bit of salt and pepper.  This was a really nice flavor combination that paired well without overpowering the morels.  In the event that you end up with plenty of morels and are looking for more things to do with them, give this flatbread a try.  It is a simple and lovely spring meal or appetizer. 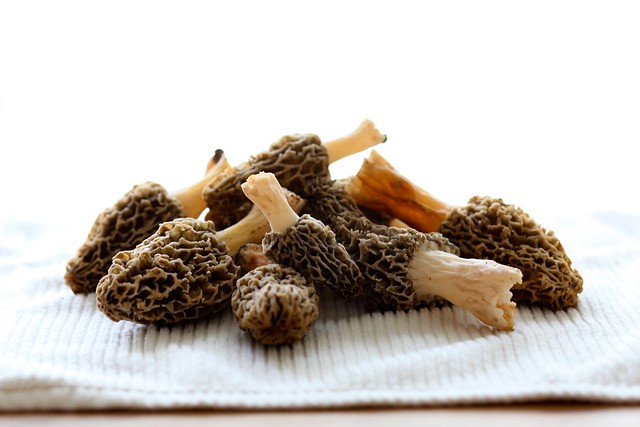 What’s your favorite dish to make with morels?  We’d love to hear about it so we can try it out next year when we are able to pick more.