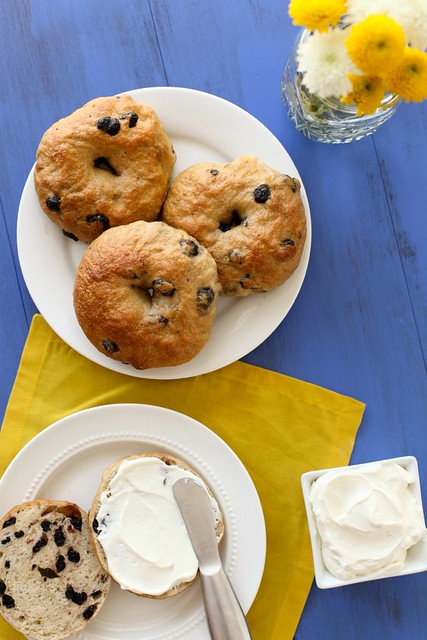 Something I have learned over the past several years of blogging is that one of the biggest hang ups people have in the kitchen is the potential for failure.  It seems often people are afraid to even try a recipe or to experiment in any way due to the possibility that things won’t turn out quite as they had hoped.  I’ve never fully understood this, but I think it’s a personality thing with me.  Sure, I dislike a kitchen failure as much as anyone, but rather than feeling defeated by it, I view it as a challenge.  I will find a way to make this work, and hopefully work well.  It’s just the way I am.  (This sometimes causes me to tweak a recipe three or four times before I am satisfied, so it’s a bit of a double-edged sword.)

I have been wanting to make blueberry bagels for quite some time but I wasn’t really sure what would yield the best results.  Mostly I was unsure of the best form of blueberry to use.  I generally don’t do a lot with dried fruit because I prefer fresh, but I also knew that folding fresh berries into a bagel dough had potential for disaster.  Frozen berries might hold together better but would they make the dough so cold it wouldn’t rise well?  I pondered all the possibilities for quite some time and then I figured that the only way to really know what might work was to just try it already. 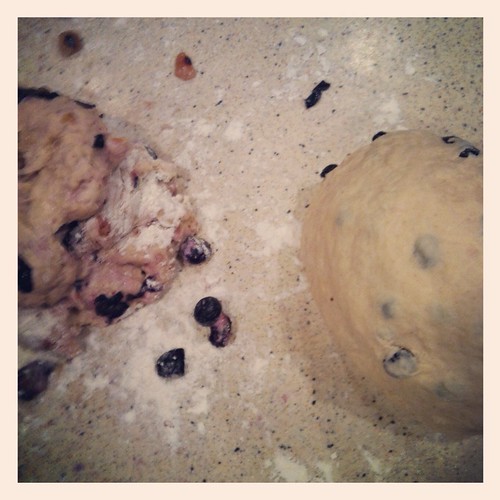 Eventually after all this pondering, I narrowed my experiments down to two methods: dried blueberries and fresh blueberries that I froze for a few hours until firm.  Well, as you can see above, there was a clear winner.  The dough with the frozen (fresh) berries was a giant gloppy mess and only became worse with my attempts to salvage it.  However, the dried blueberries behaved themselves and actually made for a very tasty bagel in the end.  The moral of the story?  Do not be afraid of kitchen failures!  You can learn something from each one, no matter how frustrating they may be. 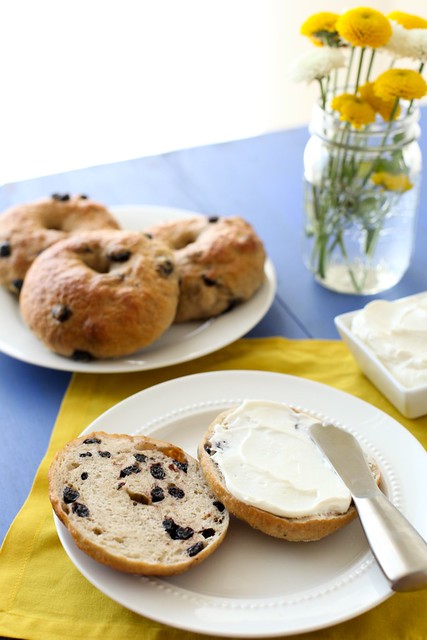 *Note – New to homemade bagel making?  It’s easy, I promise!  Check out this post with step-by-step photos to walk you through the process.