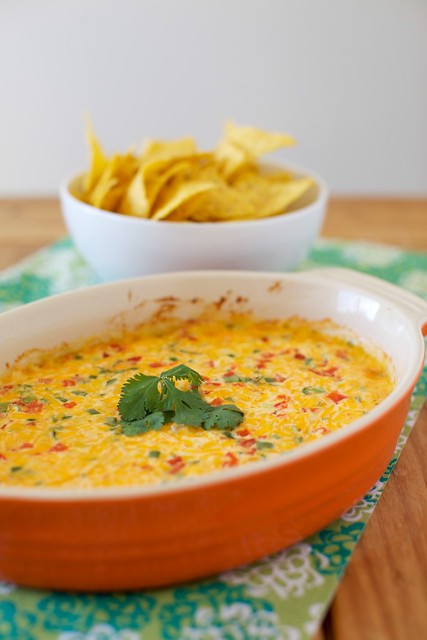 I must apologize in advance for giving you what is sure to become a new appetizer addiction, but really, I had no choice.  And in fact, you should blame Josie, because she is the one that got me started on this stuff in the first place.  The first time I tried this was during our get-togther/surprise baby shower weekend in Richmond, VA.  I remember looking at the big dish full of dip as it came out of the oven thinking there was no way that the five of us would eat all of that…and then watching as the entire thing was completely devoured.  I definitely ate my fair share, and probably someone else’s too. 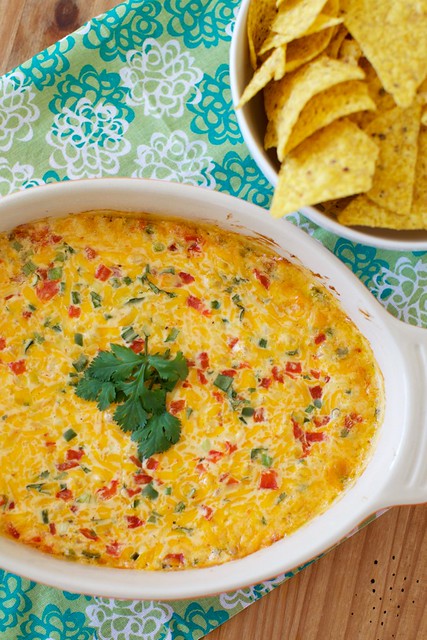 Within one week of being home, I was already craving this dip again.  I mean, seriously – it’s pretty much just melted cheese, which we already know I love.  But then, it has all sorts of fabulous things mixed into it like roasted red pepper, green onions, and jalapeño.  My mouth is watering just thinking about it now.  Anyway, one week was more than enough to be not eating it.  I decided to make it so Ben experience it.  (Yeah, I totally did it for him.)  This time I did a few things in preparation.  First, I made light meals for breakfast and lunch.  Second, I made sure we had both worked out that day.  Finally, I halved the recipe because I knew we would be powerless to the cheese gods.  Good thing too, because we demolished it in no time.  Ben agrees – this stuff is amazing.  And the next morning when I asked what he wanted for breakfast, you can guess what his response was.