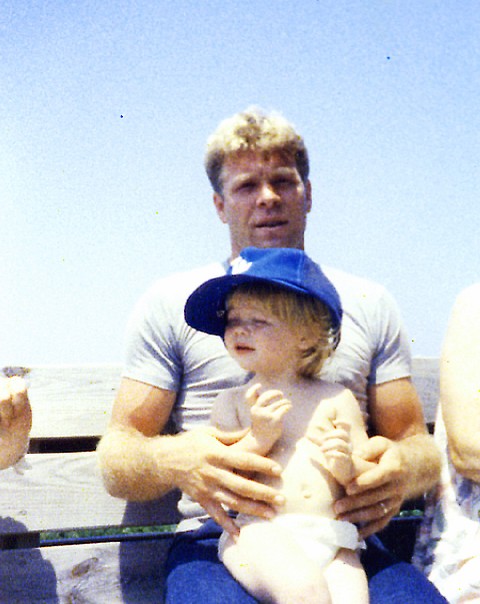 The last week and a half has been a roller coaster, to put it lightly.  I feel like I’ve been to hell and back a few times.  Rather than focusing on the shocking and sudden loss of Dad, I’m trying to focus on some of the more positive aspects of the way things occurred, such as the fact that we had just recently enjoyed a nice family weekend including some extended family from out of town, complete with grilling (because if it didn’t come off of a grill, it almost wasn’t food to Dad) and birthday cake.  The fact that he had recently picked up Andrew to spend the night so he could have Gagoo’s undivided attention and those best buddies could play, play, play.  And the fact that my brother who moved to Atlanta earlier this year came in to town in the early hours of Thanksgiving day did get to see Dad and talk with him for a few minutes before they went to sleep.  The sudden and untimely nature of his death makes the entire situation much, much worse for those surviving him, but I take comfort in knowing that he was in such a happy place in his life when he left this world.  After years of sadness over Mom’s death, it was so nice to see him whole and happy again.

This weekend we held a celebration of life in honor of Dad at the elementary school where he was principal for close to 30 years, and then enjoyed an after-party/wake at his favorite local bar.  The outpouring of love and support we witnessed was truly amazing, but not at all surprising when I think about the kind of person my father was.  Person after person spoke of his friendly personality, gregarious nature, reliability, and emotional strength in trying times.  I already thought Dad was the best man I’d ever known, but hearing familiar stories as well as new ones brought my love and admiration for him to a whole new level.  I know that the healing process is only just beginning but that was certainly a good place to start.

I also must take a moment to thank all of you, my loyal, caring, and wonderful readers for your words of sympathy, encouragement and support in this tough time.  I have read every single comment, email, and Facebook message.  Many of you commented that nothing you could say would matter or help but believe me, it really does help.  Those of you who said that even though we’ve never met, I have been your friend in the kitchen for a long time – you have no idea what that means to me.  That is why I keep doing what I’m doing here in this space of mine.  So thank you, thank you, thank you for your uplifting words in a very trying time.

I’ve been back in the kitchen this weekend and will be back to blogging as usual this week.  I know that this new chapter of time is only just beginning but right now I’m hoping time spent in the kitchen will provide both distraction and therapy while I learn this new normal.