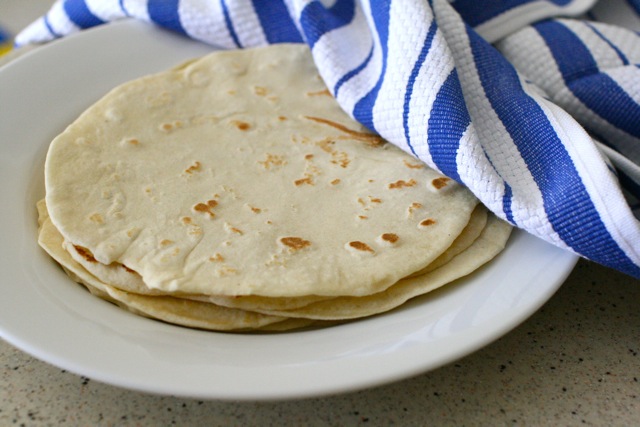 There are many things I make at home rather than buying them at the store and never give it a second thought – pita, salad dressing, tomato sauce, pizza dough, and soft sugar cookies just to name a few.  They just taste so much better homemade.  As much as I love finding methods for doing more things the homemade way, I never really thought tortillas would be on that list.  I mean, they are tortillas.  They must be time consuming, difficult, and probably don’t even taste that much better.  And, they require a tortilla press…right?  Turns out I was wrong on all counts.  I made these from start to finish in just under an hour (and that was with taking pictures for you all!)  As far as shaping equipment goes, all you need is a work surface and a rolling pin.  And of course, as with so many other things that are homemade, they just taste so much better.  As an additional plus they can be frozen for later use.  Every single meal I made involving these tortillas was met with plenty of compliments, especially about the tortillas themselves.  I’m definitely glad I decided to give homemade tortillas a shot, and I can say that we are definitely converted.  Next up – corn tortillas! 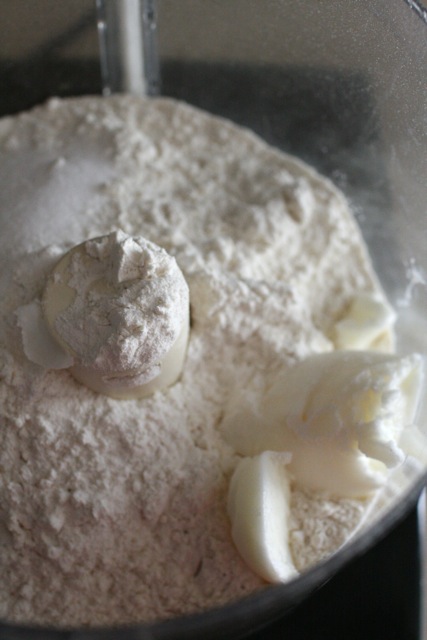 Combine the flour, baking powder, salt, and shortening in the bowl of a food processor fitted with the dough blade. 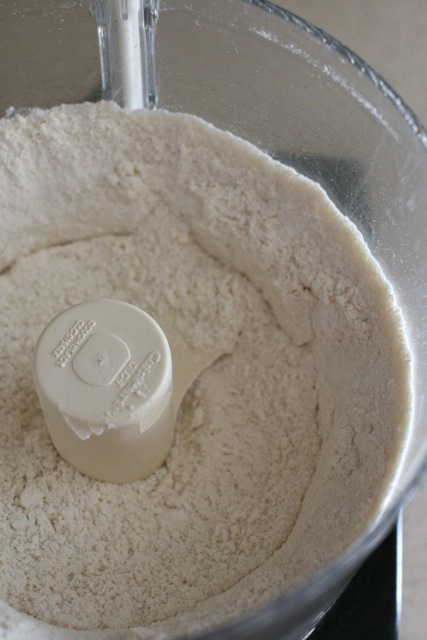 Pulse the mixture until the mixture is crumbly, about 5 seconds.  Scrape down the sides of the bowl.  (If you don’t have a food processor, this same effect can be achieved with a pastry cutter or two forks.) 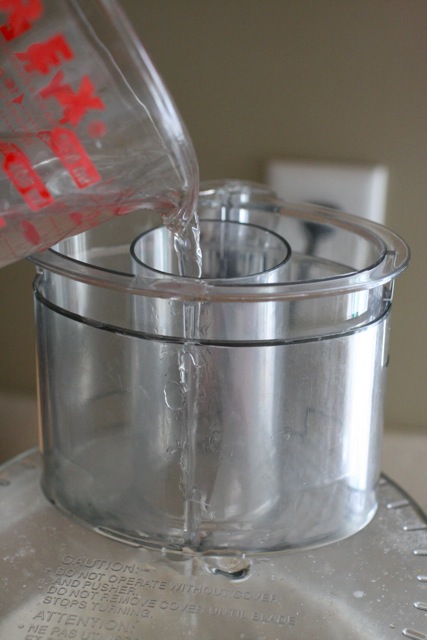 With the food processor running, add the water in a slow steady stream until the dough just forms a cohesive ball. 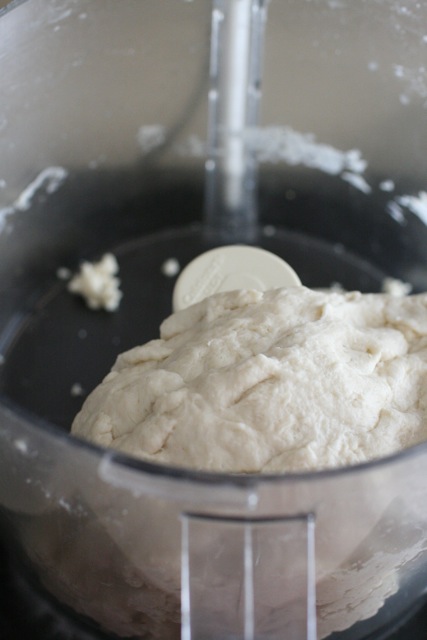 Knead for 30 seconds more, until the dough is tacky.  If the bowl is too sticky, add a bit more flour. 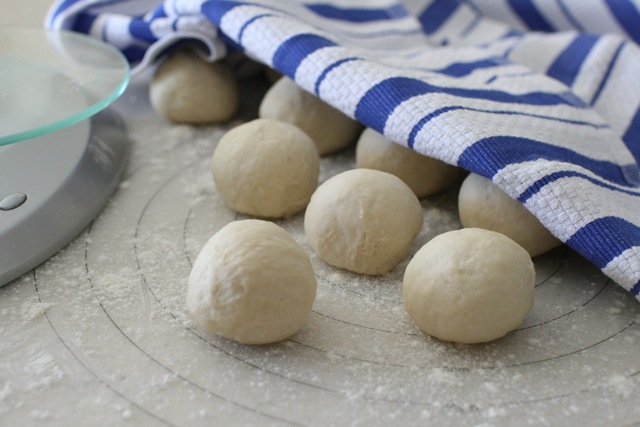 Transfer the dough to a lightly floured work surface and divide into 12 equal pieces (a kitchen scale helps ensure equal sized pieces).  Cover with a clean kitchen towel and let rest for 10 minutes.

Heat a large skillet over medium heat.  Working with one dough ball at a time and keeping the others covered, pat the ball into a disc. 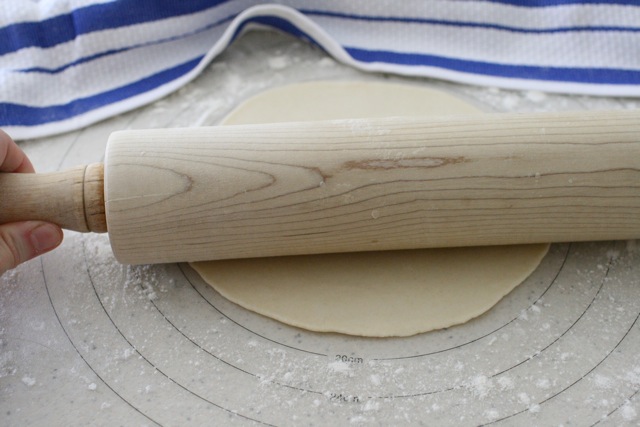 Dust lightly with flour and roll the dough into a very thin circle, 8 inches in diameter. 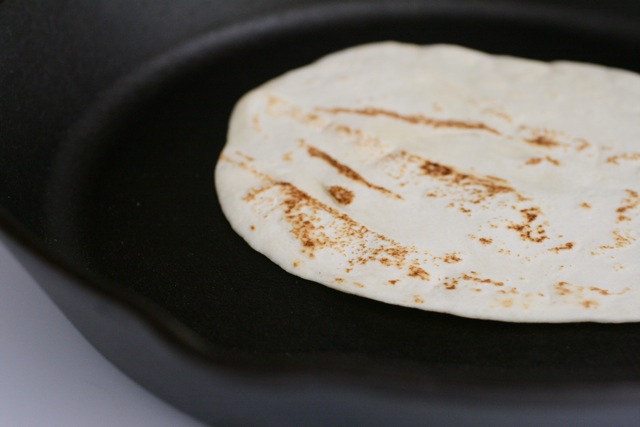 Carefully transfer the shaped tortilla to the heated skillet and cook each side for 10-20 seconds, just until bubbles form and are lightly browned.  (Do not overcook or the tortillas will be too stiff.)  Repeat this process with the remaining dough balls, lowering the heat as needing to prevent burning.  Store in an airtight bag in the refrigerator for up to 1 week, or freeze.

Source: Confections of a Foodie Bride via Pennies on a Platter