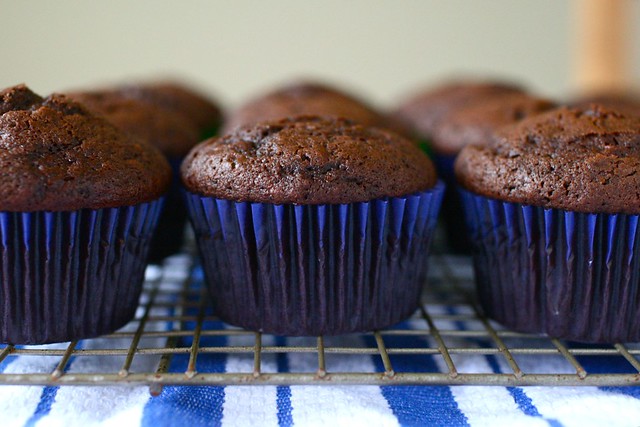 One thing I have learned so far from my time blogging is that people love their cupcakes.  Each time I post a cupcake recipe, readers send comments and emails expressing their excitement to try the newest variety, and send happy follow up comments after they do.  Desserts are always popular but there is just something about these little individual cakes with pretty frosting that people go nuts for.  A few months ago, I mentioned in passing on my Facebook page that I was considering a series of posts all about cupcakes and the idea was very well received.  My plan is to cover all of the basics: staple recipes for both cakes, frostings, and fillings, techniques, supplies, and the much requested “how to frost a cupcake”.  Many of the recipes in this series will be things I have posted before in other contexts, but I am hoping that this will make them much easier to find.  You won’t have to sift through a recipe with filling and frosting disguised as something fancy when all you’re looking for is a basic chocolate cupcake.

I thought it only proper to begin this series with one of the cupcakes I make most often and love dearly, chocolate cupcakes.  I have made many different chocolate cupcake recipes and after all my testing I’ve concluded that this is my go-to version.  It is moist, soft but sturdy enough to hold up to filling, deeply chocolatey, and bakes up with a beautiful domed shape.  As with so many baking recipes I love, sour cream is part of what makes these cupcakes wonderful.  However, I have also successfully used low-fat Greek yogurt and part skim ricotta cheese as substitutes and they have turned out just fine.  Dutch-process cocoa is sold in some grocery stores but is not always easy to find.  I think it’s worth buying online and keeping on hand.  I consider it a baking staple and you can do all sorts of delicious things with it.  The quantities in the recipe may seem a bit odd but I have altered the original recipe to yield 24 cupcakes because it is usually the quantity I want in a cupcake recipe.

I hope you are excited about the Cupcake Basics series.  Please let me know if you have suggestions of topics you would like me to cover.