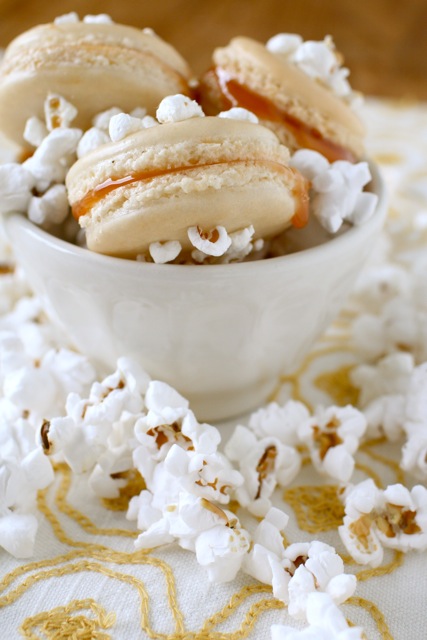 Popcorn is one of my very favorite snack foods.  I love a lazy evening after the kids are in bed, watching a movie with Ben and a big bowl of popcorn between us.  Unfortunately, Ben does not share my love of popcorn because of its affinity for sticking in your throat, teeth, etc.  As a result I don’t end up making it nearly as often as I would like, and when I do make it, I end up eating most of it by myself (that part is not so bad, I guess).  As soon as Courtney’s visit was official, we began planning what we would bake together.  The only thing she said we absolutely had to make was some kind of French macarons, since she had never made them before.  When I asked her what flavor she wanted to try, she mentioned this salted popcorn macaron with caramel filling.  It combines three of my favorite things into one awesome dessert, so of course I was immediately sold on the idea. 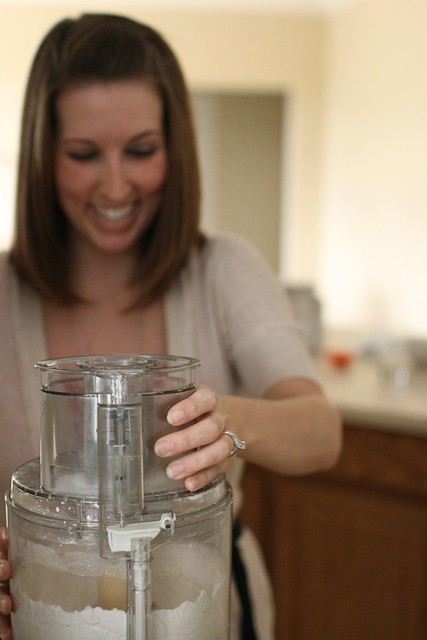 Unfortunately despite all the batches of macarons I’ve made before, our first attempt was a flop.  I’m still not entirely sure what went wrong, but for the second round we used a different base recipe with a few minor changes and had success!  The key to these is to make sure the popcorn you use is nice and salty to balance out the sweetness of the cookie shell and the caramel.   They really do taste just like the popcorn…it’s more than just a garnish!  We opted to add popcorn to all of the macaron shells.  It definitely helped the popcorn flavor come through, but on the other hand it did make filling the cookies a bit messier.  Since they did not have a flat bottom to rest on, they were uneven and some of the caramel dripped out of the sides.  This could be remedied by either making half the shells without popcorn or filling them with something a bit more solid like a caramel buttercream.  However, I don’t think I would change a thing next time I make them.  They were a bit messy, yes, but the flavor was awesome and I found these totally irresistible. 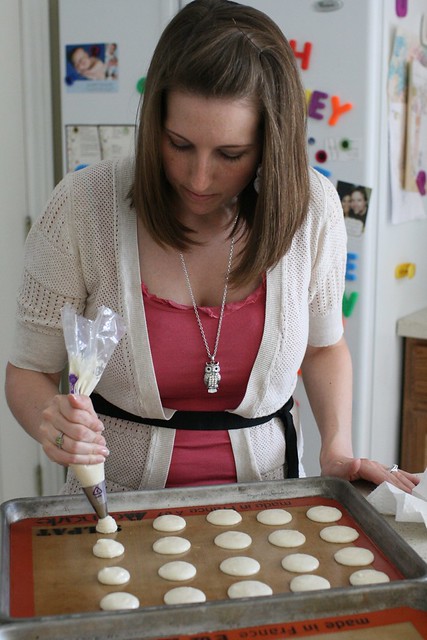 Note: The measurements for the macaron shells are listed by weight.  A kitchen scale is necessary for making macarons.  Attempting to make these by volume measure would likely be a waste of time and ingredients, so volume measurements are not provided. 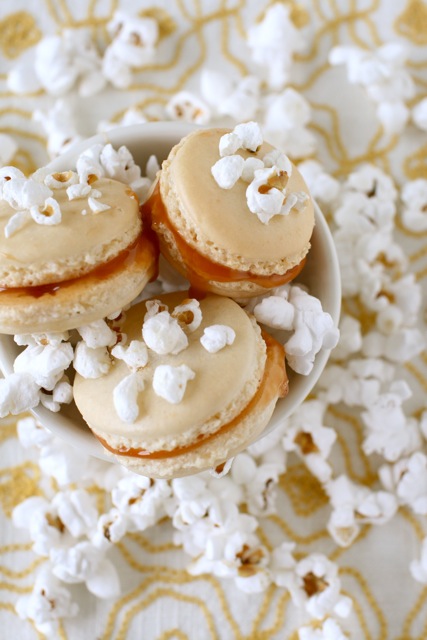