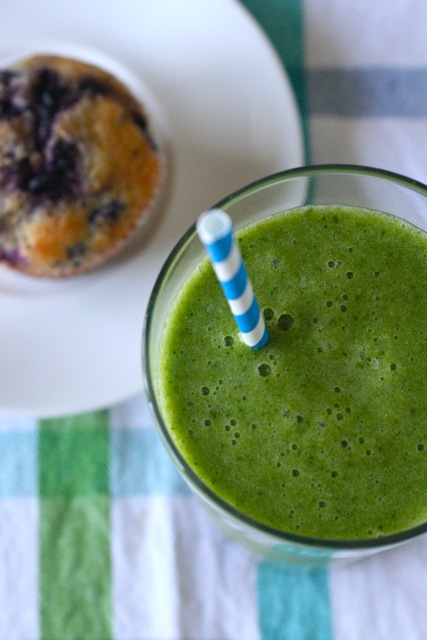 I’ve always been very good about eating my vegetables and I’ve never had a problem with spinach, but when I first heard of putting spinach in a smoothie it seemed like blasphemy.  Why on earth would anyone want to do such a thing to their smoothie?  But, I kept hearing and hearing about people who do this and actually, you know, enjoy it.  One or two and I would have thought it a fluke but it was so many people, I knew it wasn’t just health fanatics. 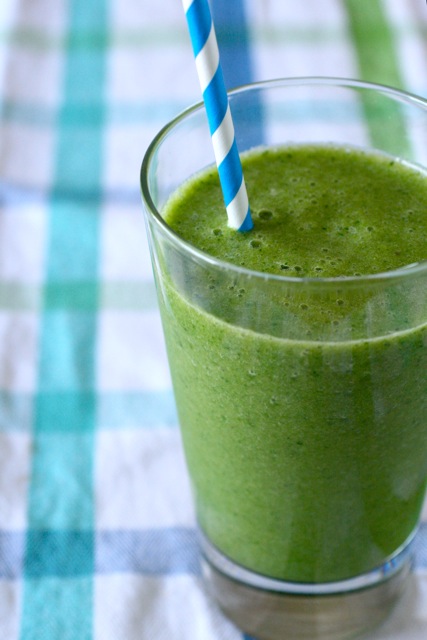 I don’t know about you but spinach seems to be sold only in far larger quantities than we could ever use before it goes bad.  Recently I once again found myself with an overabundance of baby spinach and knew it was time to give this a try.  After all, if it was gross, it was only one day and I could go back to my normal smoothie the next day.  Turns out, our whole family loved this.  It tastes like all the fruit and not at all like spinach.  I was unsure how it would be received by Andrew given the green color, but he actually thought it was really cool. 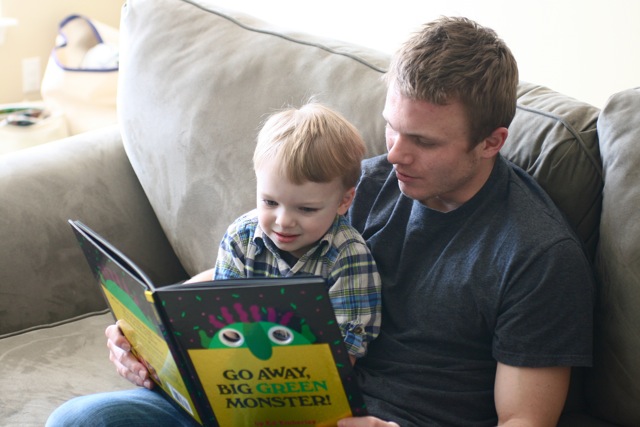 He was even more excited when I told him it was called a green monster smoothie because this is one of his favorite books.  And much to my surprise, he now asks for the green monster instead of our usual smoothies.  That’s a big win!

Note: I’ve seen green smoothies made with different greens such as kale or chard, and all sorts of combinations of fruits.  I played around with various combinations and this is my favorite version.