How to Make Filled Cupcakes

In case you haven’t noticed, I have kind of a thing for cupcakes.  I just checked – there are 63 cupcakes on the blog so far.  Many of them are filled.  Not only does filling add an extra dimension of flavor, but people just get a real kick out of a filled cupcake.  Maybe because they think it is complicated to do, and it makes them seem fancier – I’m not sure.  But in reality, it couldn’t be much easier. 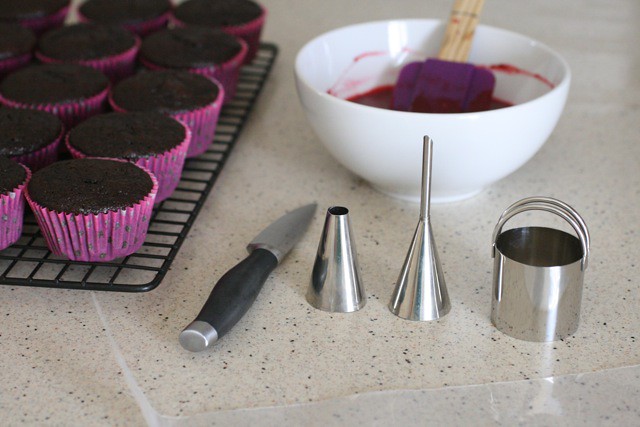 You don’t need much in the way of special equipment to fill cupcakes.  Shown here is everything you might need to fill a cupcake in one of three ways.  (By the way, these are the double chocolate raspberry cupcakes.) 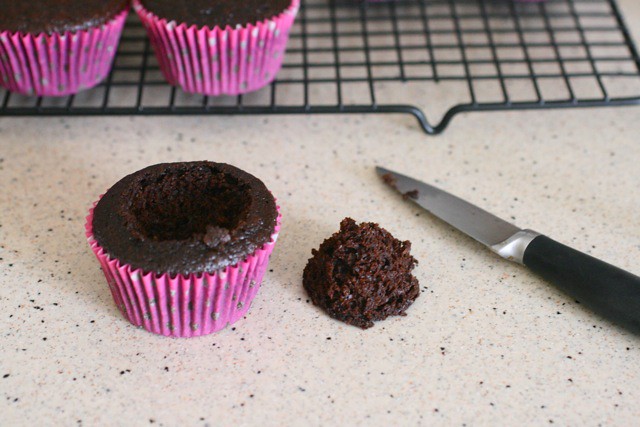 One of the most common methods is known as the “cone method”.  All you need is a small paring knife to cut a cone out of the center of each cupcake. 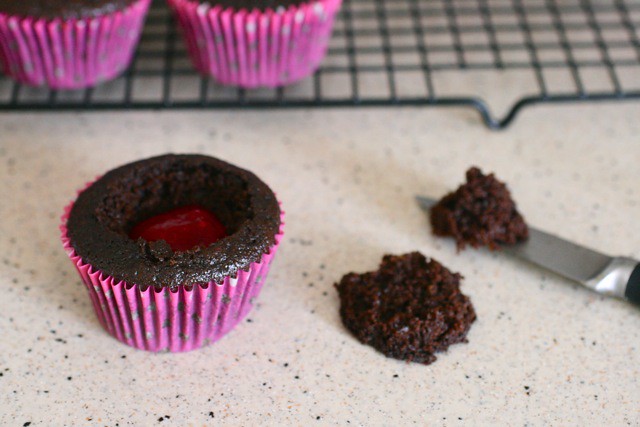 Add some filling to the cupcake… 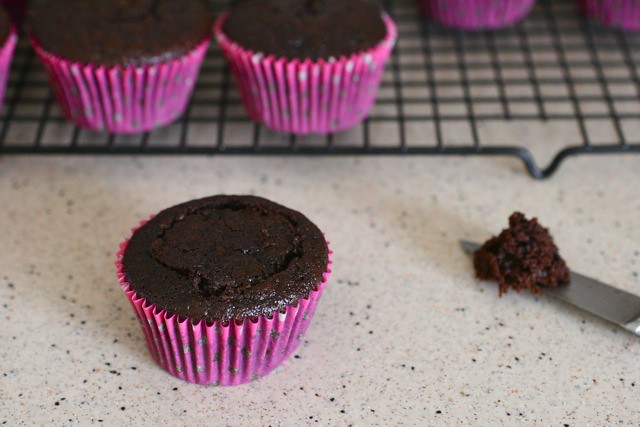 and replace the top portion of the cone, slicing off the tip to leave room for the filling.  (And yes, that extra tip of cake happens to be an ideal bite size.  Just saying :)) 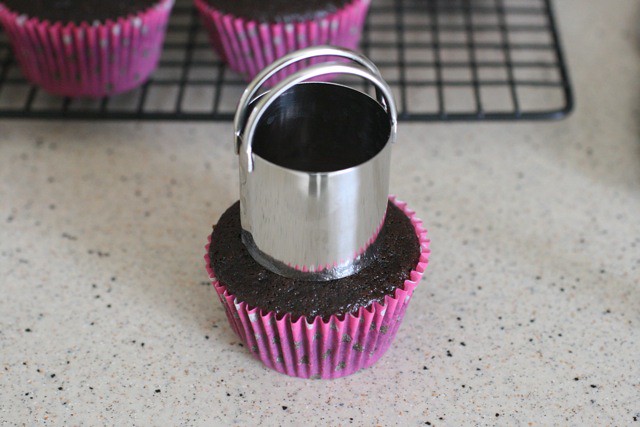 The second option is a variation on the cone method, but even easier.  Use a small round biscuit cutter to cut a disc out of the center of each cupcake. 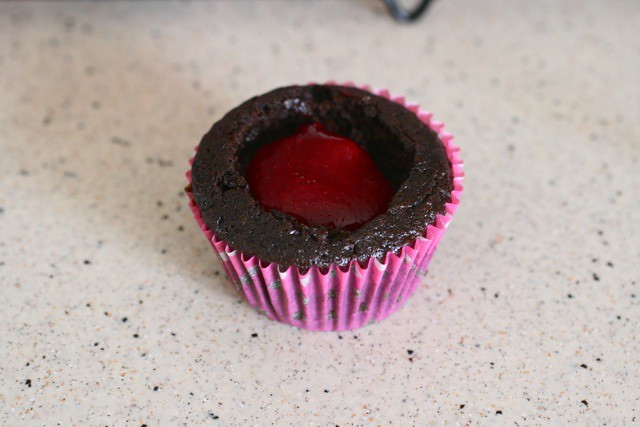 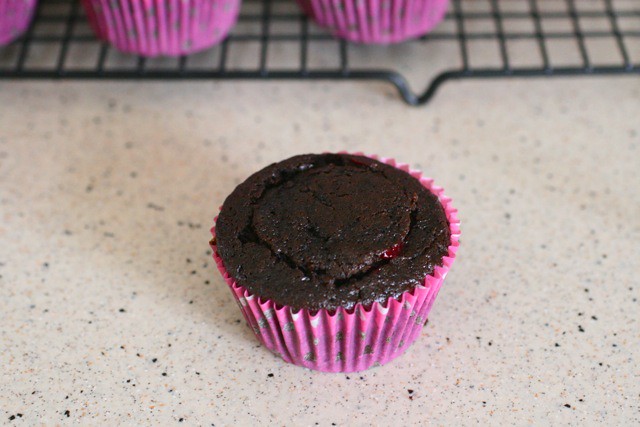 And replace the cake disc.  That’s it!  Frost as desired.  I like to use either the cone or disc method for more thick or solid fillings.  Of course, replacing the cake over the top of the filling is also optional.  Sometimes I do, sometimes I don’t.  It all depends on the type of frosting you are using and the effect you are going for. 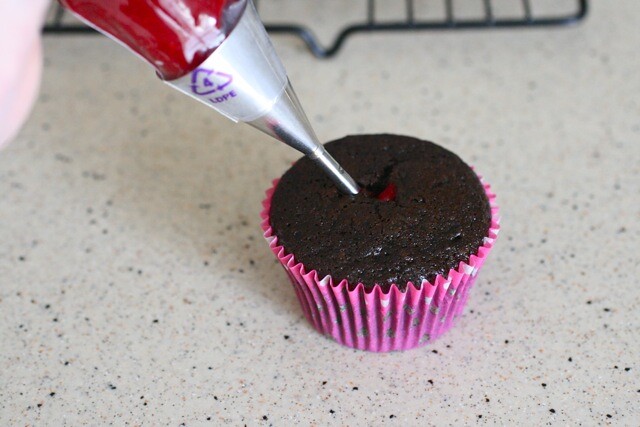 The third method uses a pastry bag.  If the filling is fairly thin and totally smooth, as in this case, an injector tip works well.  Otherwise, a plain round tip as shown in the first picture works just fine too.  Just insert the tip into the cupcake and pipe in a small amount of filling. 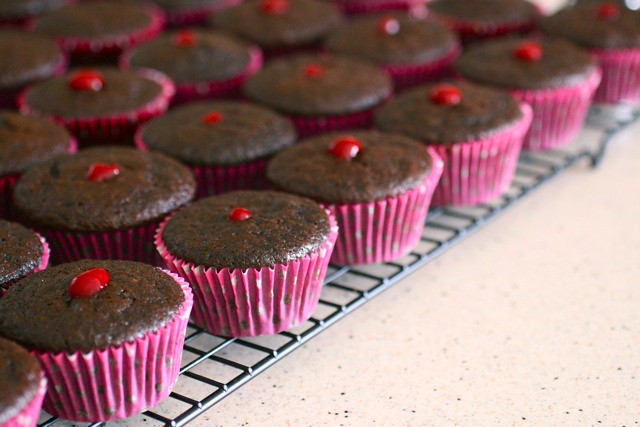