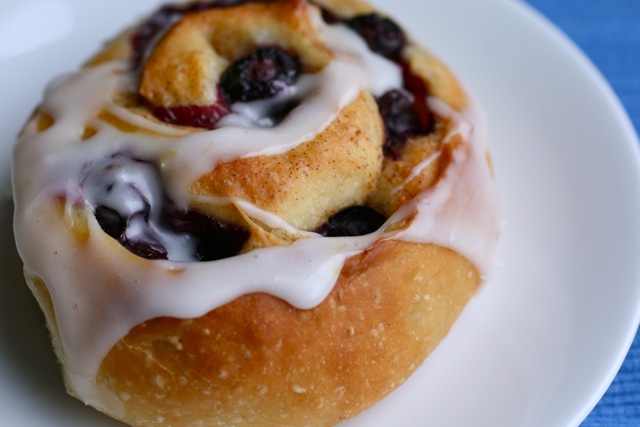 A few months ago I was thinking about various foods and recipes I wanted to try, and I was struck by a sudden blast of inspiration – blueberry cinnamon rolls.  I’d never had them before or even heard of them before, but as soon as I imagined them, I knew they would be amazing.  I’m not going to lie, I was pretty proud of my idea until a few days later when I saw blueberry cinnamon rolls appear on another blog.  Of course I realize now plenty of people have surely made these before me, but I’m still excited about them anyway.

Since I already have a basic cinnamon roll recipe that I love, I decided to tweak it only slightly to get my desired end result.  The only real changes I made were to cut the amount of cinnamon-sugar filling, add the blueberries (duh) and make the glaze thinner and more lemony. 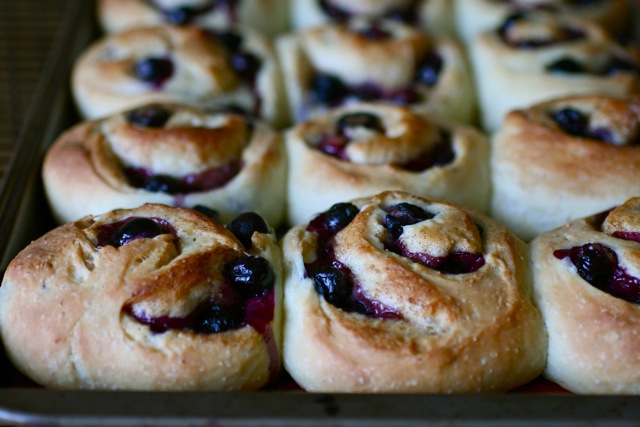 I’m happy to report that these were even better than I was hoping for.  Blueberries really seem to take on new magical properties after being cooked or baked and I can’t resist them!  The beautiful purple color and the juices are so delectable that I didn’t get too upset when, upon biting into one, berry juice squirted on both my cute top and shorts forcing me to change outfits about 10 minutes after getting dressed the first time. 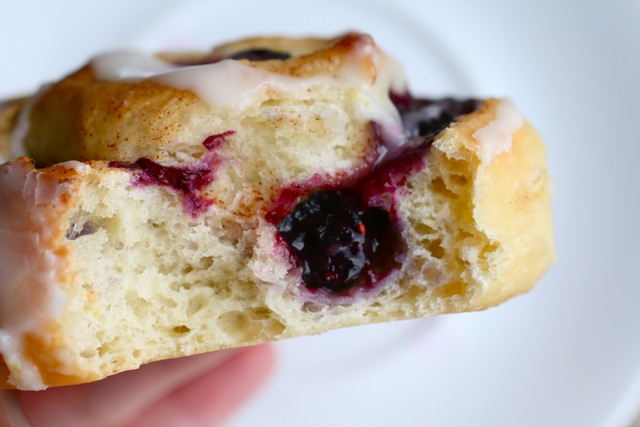 Work them into your weekend plans.  You will be so glad you did! 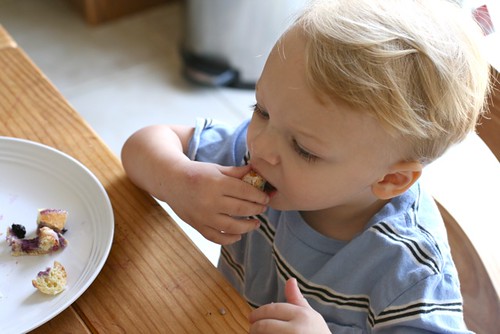