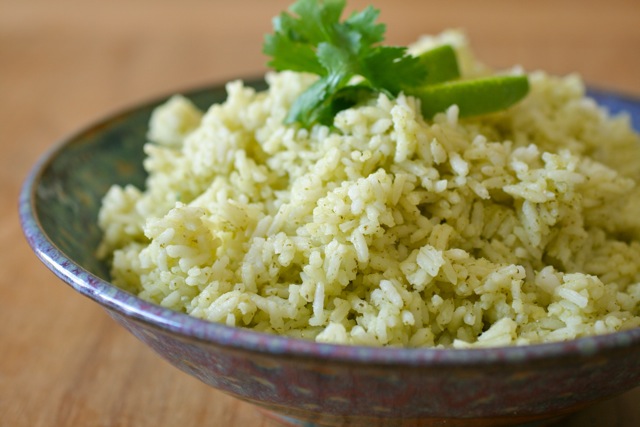 As much as I love the traditional Mexican rice and refried beans that are often served alongside Mexican food, sometimes it is nice to change it up a bit.  Recently I made these shrimp enchiladas, an old favorite I just can’t get enough of.  Instead of refried beans, I made these spicy citrus black beans, and instead of Mexican rice, I made this cilantro lime rice.  This was a great variation on a theme and the citrus flavors paired well together.  Another perk of this recipe in my mind is its simplicity.  If a side dish is complicated, I’m not likely to make it, especially when the main dish is fairly involved (as with enchiladas).  This is as simple as cooking the rice, blending up the cilantro-lime mixture, and stirring it all together.  That’s the kind of side I can handle!

adapted from My Baking Heart, originally from Everyday Food, April 2008